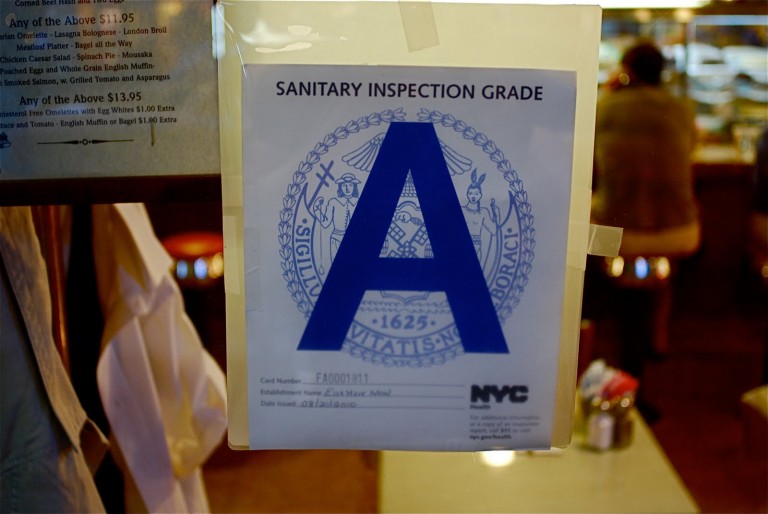 As the publisher of this newspaper, I have, on multiple occasions, written or assigned stories on the City’s eatery grading procedures and the Health Department’s actions regarding the regulation of restaurants.

In February, I opened Nana’s Breakfast Nook with my partner, Mr. Joseph DeCandia, who also owns Lenny’s Clam Bar, a virtual institution on Cross Bay Boulevard. Since embarking on this business venture, I see things from an entirely different perspective–– that of a restaurant owner.

When I received a letter this week from Bruno Rinaldi, owner of Bruno Ristorante, I was reminded of the unique challenges that owning a restaurant presents – especially those that arise from the regular Health Department inspections.

Mr. Rinaldi’s letter, which can be seen in its entirety on Page 8 as a Letter to the Editor, is addressed to Health Commissioner Mary Bassett, M.D., and calls on her to drastically change her agency’s restaurant control procedures.

We stand in support of many of the issues that Mr. Rinaldi raises and join him in calling for these reforms. Not only for the obvious reasons, but because changes such as those suggested would really reinforce the true benefits that the letter-grading system could have if the grades represented what the public presumes they do.

Every restaurant owner goes to sleep at night either trying to figure how to get or to keep the elusive A in their window, but the bottom line is the achievement shouldn’t require anything more than following rules which mandate operating at the highest possible level. But the fact of the matter is that a restaurant can fail an inspection for things that have absolutely nothing to do with public safety and health.

A radical change to department procedures and personnel is required if the public is ever to see the true benefits of this type of regulation.

Mr. Rinaldi points to the fact that many inspectors simply aren’t qualified to perform inspections of restaurants where the cuisine requires intimate food knowledge. A perfect example is cheese: All cheese is not created equal. Why should a restaurant owner who pays upwards of $29 per pound for imported Parmigiano-Reggiano be forced to pack it in ice in front of an inspector just to avoid a violation,only to then be forced to throw it away because the last thing that should ever go near this precious wheel is ice. Inspectors need to be trained properly and should not be permitted to come crashing into someone’s business at the height of busy and make arbitrary, subjective decisions. One of the greatest plagues on the food-service industry, any restaurant owner will tell you, is the disparity among individual inspectors. Finding two in agreement is less likely than locating the proverbial needle in a haystack.

Mr. Rinaldi’s suggestions are a testament to more than 50 years’ of experience in the business and merit the attention of all restaurant owners. Now is the time for this powerful industry to band together and call for necessary, common-sense reforms.

Perhaps it’s time for owners to refuse to allow inspectors on premises until we are sure that the person who walks through the door toting that clipboard knows what they’re doing.