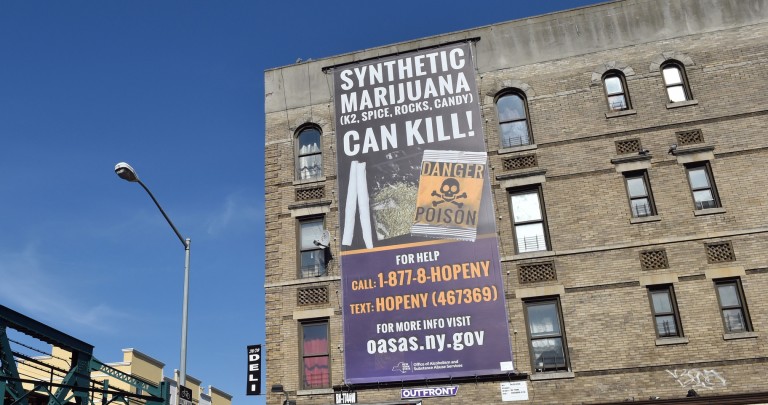 U.S. Sen. Charles Schumer (D-N.Y.) on Monday announced new proposed legislation aimed at reducing the availability of the illicit elements chemists use to make “K2” and other dangerous synthetic narcotics.

Marijuana, heroin, LSD, and ecstasy are some of the street remedies that are currently on the Drug Enforcement Administration’s Schedule I ledger.

Schumer said he was moved to act after more than 100 people in Brooklyn were hospitalized last week for suspected synthetic cannabinoid overdoses.

“New York’s most recent K2 binge that left our ER’s bulging and streets strewn with stupefied users with zombie-like symptoms are a sign of what’s to come if Congress doesn’t act quickly,” Schumer said. “We need a federal hammer to nail these toxic concoctions of synthetic drugs before things get worse. This federal legislation will ban 22 synthetic drugs, including powerful forms of fentanyl, crippling the unlawful chemists cooking up these drugs and the cartels that push them to our local stores and streets. Banning these drugs quickly will help the feds step up their game of Whac-A-Mole so that we can help stem the tide of synthetic drug use here in New York City and across the country.”

Synthetic drugs, Schumer said, are often a toxic combination of chemicals made to mimic 9-tetrahydrocannabinol (THC), the main psychoactive ingredient in marijuana. According to the American Association of Poison Control Centers, synthetic drugs can be extremely dangerous and addictive with health effects ranging from fast heartbeat, high blood pressure, nausea, vomiting, seizures, intense hallucinations, psychotic episodes and suicidal thoughts. According to the U.S. Centers for Disease Control and Prevention, chronic uses can lead to psychosis. A CDC report released last week indicated that synthetic cannabinoids are two- to 100-times more potent than THC.

Schumer noted that his bill adds 22 synthetic substances to Schedule I of the Controlled Substances Act. Eleven of the substances are synthetic cannabinoids, often marketed as K2 or Spice. He said the side effects of the chemicals are far more dangerous than marijuana. Three of the substances are derivatives of fentanyl, a synthetic opioid estimated to be 100-times more powerful than morphine. Fentanyl and its derivatives have been associated with numerous fatal overdoses in recent years. The DEA has temporarily scheduled seven of the 22 substances as imminent hazards to the public safety.

Gov. Andrew Cuomo has also called for stronger Health Department regulations to combat the sale of synthetic cannabinoids in the Empire State. Since 2012, the producers of the drugs have been attempting to skirt New York’s regulations by developing new chemicals not specifically identified in regulation. The new emergency regulations that Cuomo proposed on Sunday add two additional classes of compounds to the banned substances list, which potentially include hundreds of different hazardous chemicals and will be in effect upon approval by the State Public Health and Health Planning Council and filing with the Department of State.