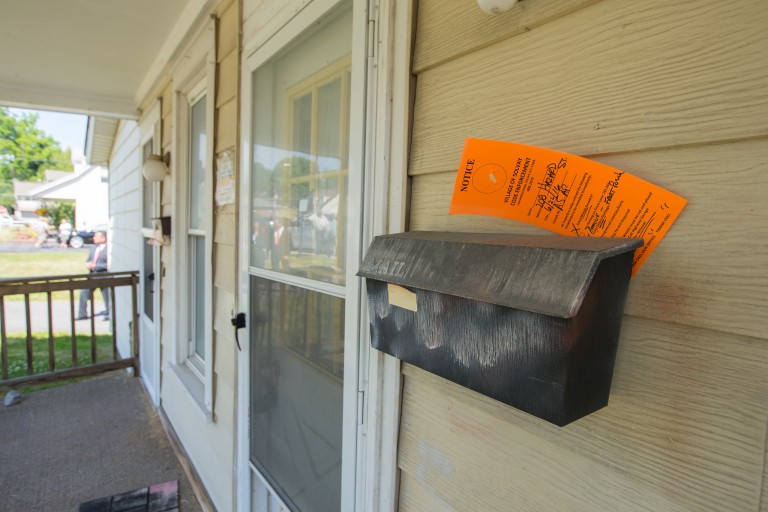 The plan will allow the City to identify and purchase deserted, run-down 1-4 unit homes in one strategically chosen neighborhood in each of the three major Build it Back boroughs: Brighton Beach in Brookly; Edgemere in Queens; and New Dorp on Staten Island.

Properties, HRO Director Amy Peterson noted, will be identified through a canvassing effort outlined below, vetted by a Technical Review Committee, and their owners will be invited to apply to the Build it Back Acquisition Program for further eligibility review, benefit determination, acquisition offer and closing.

“The pilot program is an exciting extension of Build it Back’s work – leveraging federal dollars provided by HUD to solve a local problem that our selected neighborhoods have faced since the storm,” said Amy Peterson, Director of the New York City Housing Recovery Office. “To ignore the abandoned properties would not only negatively impact the homeowners that Build it Back strives to serve, but would ultimately endanger the investment of public dollars used to restore and improve the housing stock in these communities.

According to the administration, the methodology for determining which neighborhoods to target for the program resulted in a focus on Sandy-impacted neighborhoods in which the problem of abandoned properties is most prevalent. To ensure that the selected neighborhoods matched those where the most recovery work is occurring, only neighborhoods where 50 or more Build it Back repair, elevation, rebuild or acquisition applicants reside were considered.

The City has pledged an external physical assessment that will be combined with a review of other relevant property specific information to create a more detailed assessment of potential abandonment.

“While many residents returned to their homes after Sandy, there are still properties that have been abandoned leaving blight right in the middle of our communities,” said City Councilman Donovan Richards (D-Laurelton). “Now, Build it Back is stepping up to secure those properties to find better uses for the land in flood zones, so neighborhoods like Edgemere are not left dealing with eyesores. I’d like to thank Amy Peterson for working to identify these homes across the city and finding ways to use that land to lift up these communities.”

Assemblywoman Nicole Malliotakis (R-Brooklyn and Staten Island) added, “We’ve been working with the City of New York to formulate this plan to address the problem of abandoned properties, which have plagued our neighborhoods following Hurricane Sandy. Many buildings were left structurally-unsound by the storm, in danger of collapsing at any moment, and some have served as breeding grounds for harmful mold. We also fielded an unsettling number of complaints of rodent infestation on properties like these. If these buildings are not surveyed, cleaned and repaired, not only will our recovery efforts be impeded, but a new set of health issues could arise in communities full of families that have suffered enough in the storm’s wake.”