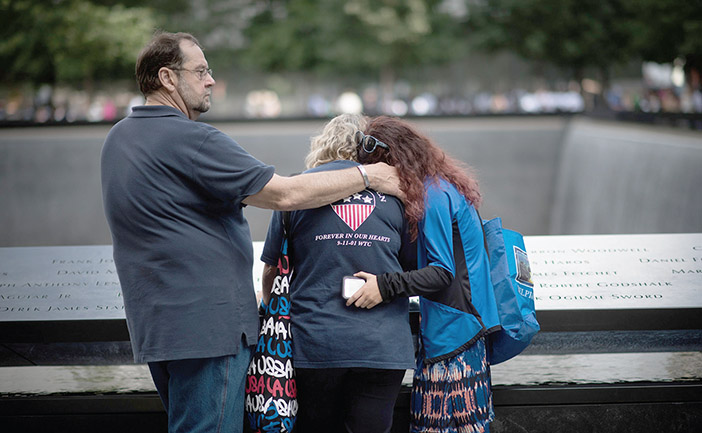 Though the House and Senate approved the Justice against Sponsors of Terrorism Act, Pres. Barack Obama has vowed to veto it.

Days before the country would solemnly mark the 15th anniversary of the Sept. 11 terrorist attacks on the homeland, the House of Representatives passed the Justice Against Sponsors of Terrorism Act.

However, The White House has indicated that President Barack Obama will again veto JASTA and any iteration of the bipartisan legislation that would allow victims to sue foreign states that fund groups like Al Qaeda to commit terrorism on U.S. soil.

An overwhelming majority (15 of 19) of the Sept. 11 hijackers were citizens of Saudi Arabia.

“I’m pleased the House has taken this huge step forward towards justice for the families of the victims of 9/11,” said U.S. Sen. Charles Schumer (D-N.Y.), who co-authored the bill with Sen. John Cornyn (R-Texas). “There are always diplomatic considerations that get in the way of justice, but if a court proves the Saudis were complicit in 9/11, they should be held accountable. If they’ve done nothing wrong, they have nothing to worry about. I hope for the sake of the families who have suffered such losses and fought so hard, the Administration will not veto this bill.”

JASTA, Schumer noted, amends the Foreign Sovereign Immunities Act so that foreign sponsors of terrorism cannot invoke “sovereign immunity” in cases arising from a terrorist attack that kills someone on American soil.

Additionally, the legislation amends the Anti-Terrorism Act so that civil suits against foreign sponsors of terrorism can be held accountable in U.S. courts where their conduct materially supports an attack that kills an American.

White House Press Secretary Josh Earnest has said that the administration remains concerned that JASTA “could open up U.S. companies and even potentially U.S. personnel to vulnerabilities when they’re engaged in actions or doing business or conducting official government work overseas. There is an important principle related to sovereign immunity. And when you’re the most powerful country in the world, you’re invested in the idea of sovereign immunity, given how deeply the United States is involved in so many other countries. So we believe that’s a principle worth protecting. And that is the concern that we have with this legislation, at least the way that the most recent draft was put forward. Doesn’t have to do with any specific country, but rather has to do with our concern about a specific principle that benefits the United States and private U.S. interests in countries all around the globe.”

Schumer, born and raised in Brooklyn, said JASTA “is very near and dear to my heart as a New Yorker, because it would allow the victims of 9/11 to pursue some small measure of justice by giving them a legal avenue to hold foreign sponsors of terrorism on US soil accountable for their actions. [It] is a long-overdue fix—a responsible, balanced fix—to a law that has extended too large a shield to foreign actors who finance and enable terrorism on a massive scale. The victims of 9/11 and other terrorist attacks have suffered such pain and heartache, but they should not be denied justice.”