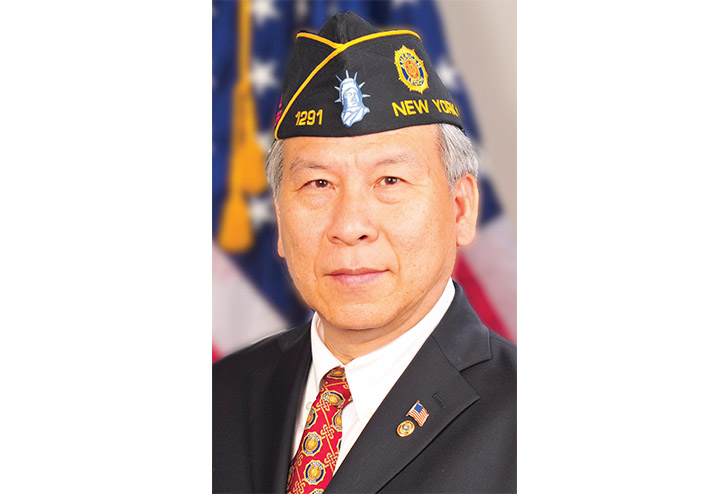 Fang Wong is an Army veteran and former National Commander of the American Legion.

An Army veteran and former National Commander of the American Legion who calls Flushing home has been appointed to the Advisory Committee on Minority Veterans, according to U.S. Rep. Grace Meng (D-Flushing).

Fang Wong was selected to the prestigious 12-member panel consisting of veterans who represent respective minority groups after Meng wrote a letter to U.S. Secretary of Veterans Affairs Robert McDonald recommending him for the position.

Established under federal law in 1994, the ACMV advises the Secretary and Congress regarding benefits, medical care, programs, and services for the country’s 4.7 million minority veterans.

“Fang Wong is an outstanding individual with an exemplary record of military service to our nation,” said Meng. “After bravely serving with honor and dignity in the U.S. Army for two decades, including two years in the Vietnam War, he continued his service to our nation by fighting for and representing U.S. veterans. He has also served in leadership positions, elected and appointed, on several key veteran service organizations on the local, state, and national levels including National Commander of the American Legion. He will serve the Advisory Committee on Minority Veterans with excellence and diligence, and enhance our nation’s indebted service to our minority veterans.”

As National Commander of the American Legion from 2011-2012, Wong, 68, was the first ever non-white male to head the nation’s largest veterans organization, which boasts more than two million members. He also served as Commander of the American Legion Department of New York. In addition to the Vietnam War, he served tours of duty in Germany, Korea, and several stateside military bases. Wong was awarded several medals including the Bronze Star, and retired from the Army as a Chief Warrant Officer.

“I am deeply honored to have been chosen to serve on this critical panel,” said Wong, whose term on the committee runs through June 2018. “I look forward to sharing my years of experience and advocacy to further help our nation’s minority veterans, and to make sure that they receive the benefits and services to which they’re entitled. Many thanks to Congresswoman Meng for her support. I look forward to getting down to work.”

According to Meng, specific responsibilities of the Advisory Committee on Minority Veterans include: