The Howard Beach community on Sunday came together at the Ladder Co. 173/Engine Co. 331 firehouse on Cross Bay Boulevard for a vigil to recognize the solemn occasion.

The communities of Queens on Sunday observed the 15th anniversary of the Sept. 11 terrorist attacks on the United States with solemn ceremonies in neighborhoods across the World’s Borough.

Earlier on Sunday, hundreds gathered at 9/11 Tribute Park on Beach 116th Street and Beach Channel Drive to honor the 57 Rockaway Park residents who lost their lives in Downtown Manhattan 15 years ago.

“After 15 years since 9/11, laying this rose at the Rockaway memorial service never gets any easier!” said Assemblyman Phil Goldfeder (D-Howard Beach), a native and resident of Far Rockaway. “Truly emotional and beautiful service where we all show our strength, resilience and send a message to our heroes that we will never forget!!!” 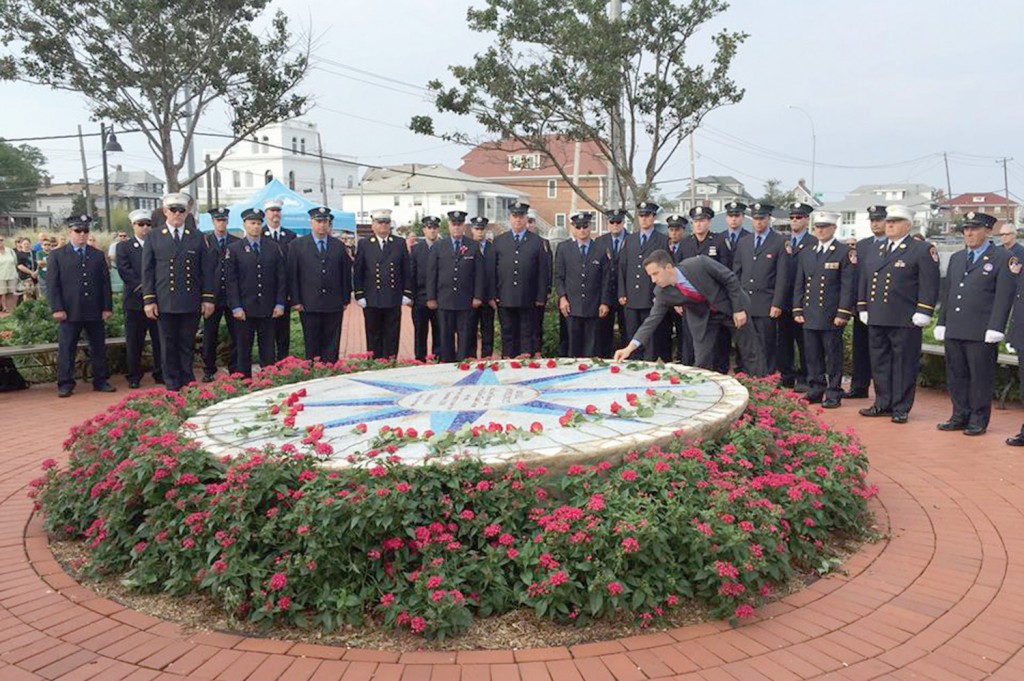 “’Where were you when the world stopped turning on that September day?’” she wrote on Facebook. “Fifteen years later, commemorations across the borough still strong to memorialize those whose lives were taken, to honor their survivors, and to remember those still fighting illness due to their selfless, heroic efforts. #QueensNeverForgets.”