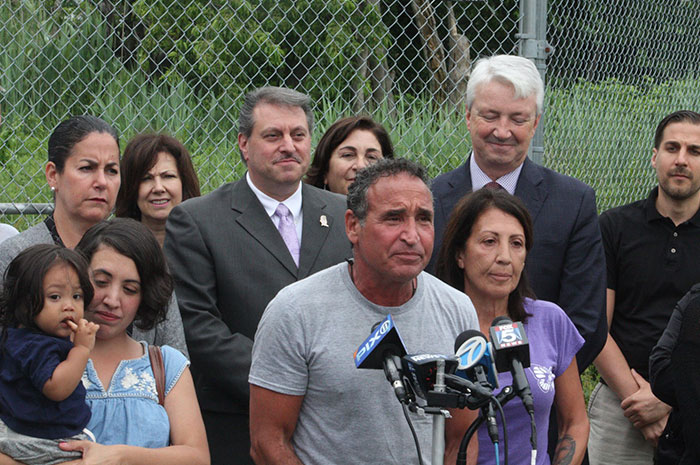 “This is a monumental accomplishment,” Phil Vetrano said.

By Michael V. Cusenza
The New York State Commission on Forensic Science on Friday voted to approve Familial DNA Searching.
The 9-2 tally casts the Empire State as the eleventh of the union to feature the investigative tool that is based on a two-phase process which attempts to provide leads for law enforcement agencies by identifying an individual in existing DNA databases who is highly likely to be a close relative of the donor of the DNA profile derived from the evidence found at the crime scene.
Queens District Attorney Richard Brown called the panel’s approval “a victory for justice and the people of the State of New York. The Commission has insured more victims will receive justice, the public will be safer, and we in law enforcement can better guard against wrongful arrest and convictions. From the time I first advocated last year for authorization of this tool, I maintained that, with appropriated safeguards, familial DNA searching could effectively be employed to solve crimes. I am gratified that the Commission agreed. The framework approved by the Commission strikes a fair balance between use of new scientific tools to solve serious cases and protection of individual rights and privacy. I commend the Commission on this thoughtful, balanced procedure.”
Calls for the Commission to quickly authorize the testing increased in recent months after the family of slain Howard Beach jogger Karina Vetrano and DA Brown in December implored the State to act in order to aid investigators who at the time had yet to develop a suspect in the four-month-old case.
Vetrano, 30, was beaten, strangled, and sexually assaulted in the evening hours of Aug. 2, 2016, on her daily run inside Spring Creek Park. DNA collected at the scene and from Vetrano’s body yielded no hits in any law-enforcement database. East New York resident Chanel Lewis, 20, was charged in February with the murder.
“This is a monumental accomplishment,” Karina’s dad, Phil Vetrano, said on Friday. “It’s unheard-of and unprecedented that this could possibly happen in five months. This will be a tremendous tool for law enforcement and for justice. And it’s only because of Karina. Without her driving us forward, this never would have happened.”
Assemblywoman Stacey Pheffer Amato (D-Howard Beach) added, “This community owes the Commission, NYC’s District Attorneys, the NYPD, and most of all the Vetranos a great debt for their tenacity and selflessness. They took a personal tragedy and made it about protecting the community. I’m proud to be their representative, and I’m proud to stand with them today as they usher in a new era of protection and greater clarity, both for victims and their families as well as for the accused.”