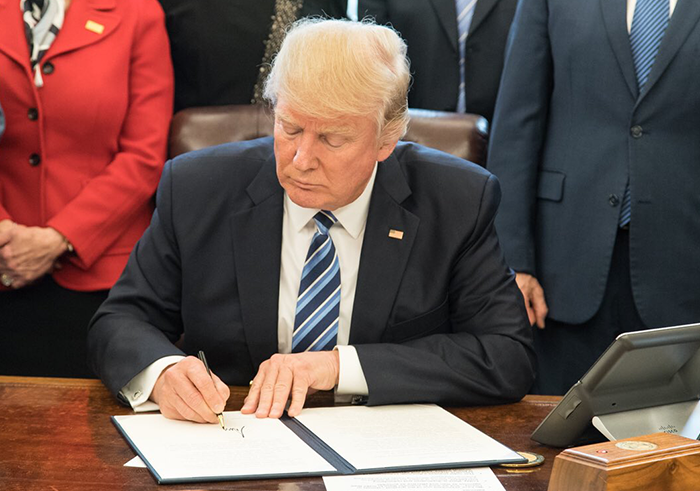 “President Trump’s travel ban was unlawful in its conception and chaotic in its implementation,” said U.S. Rep. Grace Meng.

By Michael V. Cusenza
U.S. Rep. Grace Meng (D-Flushing) recently called for the immediate release of the Department of Homeland Security Inspector General’s report on President Donald Trump’s travel ban.
The DHS IG report was prompted by a letter led by Rep. Jose Serrano (D-Bronx) and signed by 37 members of Congress, including several representatives from the NYC delegation: Reps. Meng (D-Flushing), Hakeem Jeffries (D-Queens and Brooklyn), Nydia Velazquez (D-Brooklyn and Manhattan), Jerrold Nadler (D-Brooklyn and Manhattan), Yvette Clarke (D-Brooklyn), and Carolyn Maloney (D-Queens, Brooklyn, and Manhattan).
In the February missive, the elected officials demanded that DHS immediately launch an investigation into the alleged actions of some U.S. Customs and Border Protection agents.
“I am appalled by numerous reports of abusive behavior and coercive practices reportedly used by [CBP] agents in implementing the president’s unconstitutional Muslim Ban,” Serrano said.
In a letter delivered to Congress on Monday, Nov. 20, DHS IG John Roth wrote, “I am pleased to tell you that we delivered our final 87-page report to the leadership at the Department of Homeland Security on Friday, October 6, 2017. This report represents thousands of hours of investigative and legal work, including over 160 interviews with Customs and Border Protection Officers, senior DHS officials, affected travelers, and others. It also includes an exhaustive review of over 48,000 documents, including emails that were generated during the time in question.”
So, where is said report? That’s what Meng and her colleagues want to know.
According to Roth, DHS officials have not “made a final determination of what portions of the report contain material covered by the attorney-client privilege, nor have they made a decision as to whether they will claim the privilege or, alternatively, waive the privilege to allow such portions to be released to Congress and the public. Last week, they told us they are unable to give us an estimate of when they will make these decisions.
Additionally, Roth noted that DHS “leadership has indicated that they are also reviewing the document for material covered by the ‘deliberative process privilege,’ and have yet to decide whether they will invoke that privilege, which would prevent us from releasing to you significant portions of the report. I am very troubled by this development.”
Meng indicated that she, too, is troubled by the administration’s actions regarding the report.
“President Trump’s travel ban was unlawful in its conception and chaotic in its implementation,” Meng said. “Thirty-eight members of Congress requested an investigation. And now, after defying multiple court orders, DHS is defying Congress. The American people deserve to know what their government is doing.”