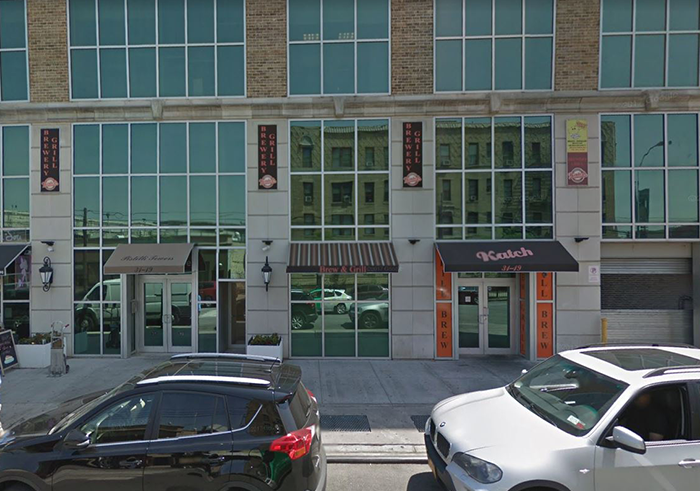 Katch Astoria is located at 31-19 Newtown Ave. in Astoria.

By Forum Staff
A Gotham-based animal rescue group is set to host its first annual holiday fundraiser in the World’s Borough.
Founded in 2015, New York City Animal Rescue Girls has rescued more than 200 homeless and/or unwanted animals from city streets via adoption and fostering services. There are nearly 75 NYCARG volunteers across the Tri-State area who assist with everything from trapping and rescuing, to animal transport and fostering, to fundraising and outreach.
On Saturday, Dec. 9, members and supporters will gather at Katch Astoria Gastropub on Newtown Avenue for a fundraising event featuring borough-based performers, including comedians Brandon Collins and Thomas F. Ray, and singer Syrissa Maria.
“We here at NYCARG rely heavily on the kindness of our donors and volunteers. I would like to thank each and every single person who has turned this vision into a reality. Your various contributions go a long way in making our rescue efforts possible,” said NYCARG President and Founder Alicia Harding. “We are looking forward to a fun-filled evening benefitting our furry little friends in need.”
According to NYCARG, Katch Astoria is providing the venue at no-cost to the organization. Since NYCARG is a not-for-profit group that operates solely on donations, nearly two-dozen business owners across the Tri-State area have cumulatively gifted dozens of auction and raffle items for the event.
“Katch Astoria Gastropub is proud to host NYCARG’s First Annual Fundraiser,” said Katch General Manager William McSorley. “We look forward to a fun-filled night supporting the organization and helping our homeless furry friends finds homes. But most importantly, with getting the care they deserve, as we are animal lovers and consider this cause near and dear to the Katch family’s heart. It is going to be an awesome night and we are proud to be a part of it.”
NYCARG’s First Annual Holiday Fundraiser will feature live pro-bono performances by Collins, Ray, and Maria. Collins and Ray will provide the laughs, while Maria is set to perform three ballads alongside Freddie Heinemann, the guitarist of the NYC-based band FISK. NYCARG will also be honoring Harding, along with a surprise VIP guest from Queens, who will be presented with NYCARG’s “Animal Advocacy Award.”
“I am proud to be performing for an organization that does so much to support our furry friends in need,” Maria added.
Tickets to NYCARG’s First Annual Holiday Fundraiser start at $10 and can be purchased online at brownpapertickets.com/event/3184752, or by cash and PayPal on-site.