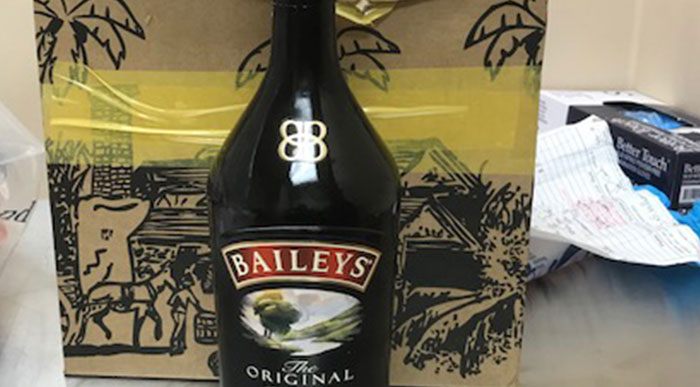 By Forum Staff
A Jamaican national was taken into federal custody earlier this month after she was caught allegedly attempting to smuggle approximately six pounds of cocaine through John F. Kennedy International Airport, according to U.S. Customs and Border Protection officials.
Following her flight from Kingston to Queens, Stefisha Miller presented her duty free box for inspection. CBP officers noticed plastic bags inside two bottles of the whiskey- and cream-based liqueur Baileys Original Irish Cream. The federal agents then escorted Miller to a private search room where the bottles were examined, revealing bags of white powder that tested positive for cocaine. The estimated street value of the narcotic is $110,000.
“The smuggling of illicit drugs poses a significant threat to our nation,” said Francis Russo, acting director of CBP’s New York Field Operations.
Miller was arrested for the importation of a controlled substance and turned over to U.S. Homeland Security Investigations.