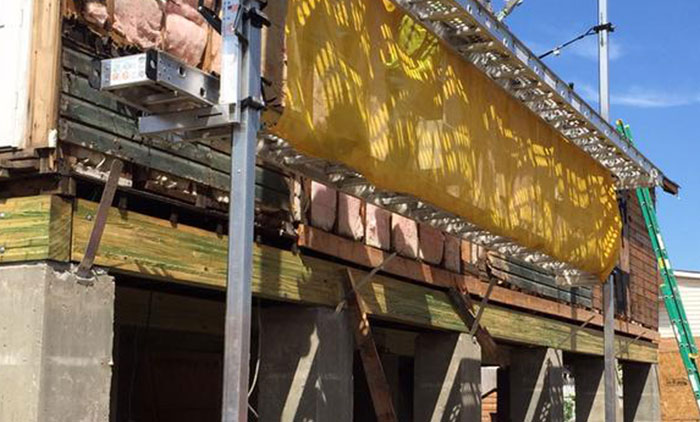 By Michael V. Cusenza
Six U.S. senators recently ripped the Federal Emergency Management Agency and called on it to immediately crack down on fraud in the National Flood Insurance Program.
The elected officials’ outrage follows a CBS News investigation and report on NFIP that indicated that after flooding in Louisiana in 2016, “much of the money that should have helped people rebuild…instead goes to the very people fighting against them.”
The CBS story comes six years after Superstorm Sandy tore through NYC, leaving a trail of unfathomable damage across southern Queens communities, including Howard Beach, the Rockaways, and Broad Channel, in its wake. Adding insult to injury, a post-Sandy investigation uncovered systematic NFIP fraud that shortchanged victims. A “60 Minutes” piece detailed how private engineering companies purposefully altered engineering reports so as to not fully reflect the true impact and damage caused by Sandy to New Yorkers’ homes, which led to the unjust denial or underpayment of flood insurance claims.
Hundreds of flood-damage reports were falsified, and both engineering firms and insurance companies were placed under investigation by the Department of Homeland Security Office of Inspector General and the New York attorney general for possible criminal conduct.
As a result, federal officials announced in March 2015 that FEMA had agreed to reopen and review every flood insurance claim—approximately 144,000—filed by Sandy victims.
Last week, U.S. Sens. Kirsten Gillibrand (D-N.Y.) Bill Cassidy (R-La.), Charles Schumer (D-N.Y.) Robert Menendez (D-N.J.), Cory Booker (D-N.J.), and John Kennedy (R-La.) penned a letter to FEMA Administrator Brock Long demanding answers.
“Congress has a duty to exercise robust oversight of these programs and their affiliates,” the pols wrote. “To further our understanding of the changes FEMA made and the current procedures in place to protect policyholders from unscrupulous and fraudulent behavior by [the NFIP] Write Your Own [program] participants and contractors, we request answers to the following questions:
• Are any companies or individuals that participated in falsifying or misrepresenting the findings of engineering reports or any document used to evaluate a claim still allowed to participate in any capacity in the Write Your Own program?
• What concrete steps has FEMA taken to ensure it is providing proper oversight of litigation expenses incurred by attorneys representing Write Your Own companies in cases involving disputed claims?
• How much money has FEMA paid, either directly or indirectly, to law firms representing Write Your Own companies since October 2012? Please provide a breakdown of the total amounts provided to the top 5 law firms that received the most money.
• Does FEMA have the authority under current law and/or regulations to prohibit a law firm or individual attorney from serving as counsel to Write Your Own companies in cases for which FEMA reimburses the companies for litigation expenses?
• If yes, what is the standard FEMA would use to make a decision to bar a law firm or attorney from participating in such cases?
• Has FEMA taken any action to bar any law firms or attorneys from participating in NFIP cases?
• What is the process FEMA will use to evaluate whether payments for NFIP claims related to the 2016 floods in Louisiana and any other major flooding events since Superstorm Sandy have been unreasonably delayed, and whether policyholders have received payments that are less than what they are entitled to under their policy based on the damage they sustained?