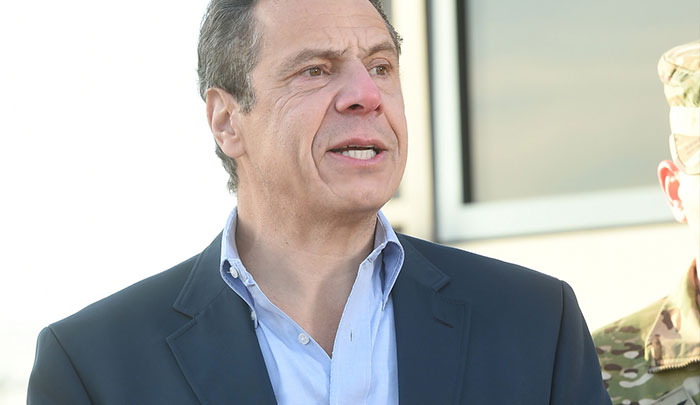 “The President is playing politics with the moral soul of this nation, and it must end,” Gov. Cuomo said on Father’s Day.

By Michael V. Cusenza
President Donald Trump and members of his administration this week have been attempting to weather the fallout from the White House’s zero-tolerance immigration policy, which has resulted in harrowing accounts of children as young as toddlers wailing after being separated from their parents and relegated to cages at border facilities.
Elected New York officials began to blast Trump, Attorney General Jeff Sessions, and the U.S. Department of Homeland Security last week—and haven’t shown signs of stopping any time soon.
“This Father’s Day, the separation of children from their parents at our border weighs heavily on our nation’s conscience. No parent should ever be forced apart from their child, and this administration’s inhumane treatment of families is a moral failing and a human tragedy. As the father of three daughters, I cannot imagine the dread and suffering these parents face when their children are taken from them at the border,” Gov. Andrew Cuomo said on Sunday. “Now Trump is using these families as a negotiating tool to advance his own political agenda. The President is playing politics with the moral soul of this nation, and it must end.
“In New York, we stand with the immigrant community,” Cuomo continued. “We remember that, unless we are Native American, we were all once immigrants to this country, and we know that our diversity is our greatest strength. We will stand up to this federal government’s assault on immigrants and we will fight for the American values that built this state and this nation.”
Mayor Bill de Blasio penned a powerful op-ed for CNN on children being detained at the border.
“The shallow, cowardly legalisms of the attorney general are drowned out by the anguished cries of mothers and children,” de Blasio wrote on Monday. “It is their voices that ring in our ears, reminding us of the ancient wisdom of scripture that is common to all faiths. ‘I was hungry, and you gave me food. I was thirsty, and you gave me drink. I was a stranger, and you welcomed me.’”
City Councilman Eric Ulrich (R-Ozone Park) tweeted on Monday, “Separating children from their parents is immoral and unjust. I am sincerely hoping both parties can work together for a solution that unites families and fixes our broken immigration system.”
According to a Wednesday afternoon New York Times report, Trump was prepping an Executive Decision “ending the separation of families by detaining parents and children together.”
This is a stark departure from his stance earlier in the week in which a defiant Trump declared that he would not back down.
“It is time to reform these outdated immigration rules, and finally bring our immigration system into the 21st century,” the President said on Monday, blaming Congress for “loopholes” that, in his view, are preventing “common sense” immigration enforcement.
Perhaps with calls for him to act regarding the children ratcheting up—many even emanating from prominent members of his own political party—Trump opted to abandon austerity.