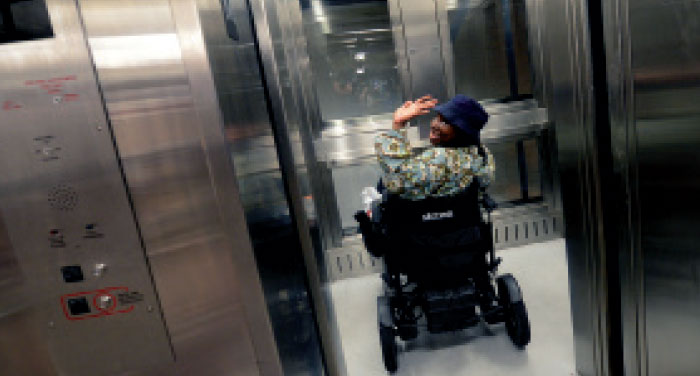 On July 26, 1990, some 28 years ago, the Americans with Disabilities Act went into effect. The civil rights law prohibits discrimination based on disability, and requires covered employers to provide reasonable accommodations to employees with disabilities, and imposes accessibility requirements on public accommodations.
On Thursday, July 26, the City celebrated the 28th anniversary of the monumental measure at the ADA Sapolin Awards. Each year at Gracie Mansion the City presents four awards in recognition of individuals who have made significant contributions to increasing accessibility for people with disabilities under the Titles of the American with Disabilities Act, known as the ADA Awards, and one Advocacy Award to an individual or entity that has demonstrated a commitment to advocate on behalf of people with disabilities. The Sapolin Awards are named after the late Mayor’s Office for People with Disabilities Commissioner Matthew Sapolin, and the Advocacy Award is named in honor of the late Frieda Zames, a disability rights advocate, historian, and author.
The annual event is an opportunity for the city that never sleeps to stop and honor people who, quite honestly, do God’s work. It’s always a proud moment on Gotham’s packed calendar.
And unfortunately, it also serves as a reminder of how much more we as a collective need to do for such a marginalized population, particularly in the area of public transportation.
City Comptroller Scott Stringer recently talked about “ADA Transit Deserts” when he rightly blasted the Metropolitan Transportation Authority for a subway system—the most expansive in the world, by the way—that doesn’t serve everybody. In his scathing report, “Service Denied: Accessibility and the New York City Subway System,” Stringer noted that roughly half of the neighborhoods served by the system – 62 out of 122 – lack a single accessible station. Fifty-five of those 62 “Americans with Disabilities Act Transit Deserts” are in Queens, Brooklyn, and the Bronx.
Ridiculous.
According to the comptroller’s analysis, mobility-impaired residents have been left in the lurch by the MTA; victims of decades of underinvestment. Today, only 24 percent of the subway’s 472 stations are accessible, by far the lowest share among the country’s metropolitan rail systems. And while some of these systems were built after ADA legislation was introduced and were pre-engineered for accessibility, both Boston and Chicago are nearly as old (or older) than Gotham’s subway system, but are far more accessible.
“Only in New York are 640,000 residents being deprived of access to a rail system that is already built in their neighborhoods. Only in New York is the utility and reach of the subway system being systematically squandered,” Stringer wrote. “Viewed in this light, it is clear that ADA upgrades are not just an ethical measure towards greater inclusivity or a regulatory measure towards legal compliance, but also an essential expansion effort to increase the reach of the subway system and relieve overcrowding at the handful of ‘key’ stations that serve a disproportionate share of mobility-impaired riders.”
Mayor Bill de Blasio likes to say that NYC is striving toward becoming the fairest big city in America. We’ll never deserve that mantle—or any other award—until we earn it. And it starts in the subway.