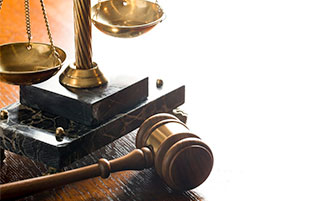 By Forum Staff
A Jamaica man has been sentenced to 35 years’ incarceration and 10 years’ supervised release following his conviction in December 2017 for enticing a 16-year-old girl to travel from her native Australia to the U.S. to engage in sexual activity, federal prosecutors announced on Friday.
Sean Price, 40, was found guilty of four charges: interstate and foreign enticement to engage in sexual activity, interstate and foreign transportation of a minor to engage in sexual activity, a Mann Act violation and attempted sexual exploitation of a child.
According to court proceedings, in the fall of 2016, Price established an online relationship with a 16-year-old girl who lived in Australia. By January 2017, they were communicating with each other daily through messages on Facebook, with much of the discussion concerning Price’s desire to engage in sex with the girl, and how she could travel from Australia to join Price in New York City without law enforcement or her parents finding out. The Facebook chat messages demonstrated that Price openly discussed the girl’s age with her, and told her repeatedly that he wanted to be sexually intimate with her.
Price and the girl also discussed obtaining a fake passport so the girl could travel internationally, and he offered to impersonate the girl’s father to help her get through airport security in the United States. In chat messages, Price told the girl that they would soon be laughing at her parents and when she told Price that she did not need parental permission to fly internationally, Price responded: “So you coming to papa?”
After months of planning, Price wired the girl more than $900 to purchase a plane ticket to fly to Los Angeles in late March of 2017. Shortly afterwards, on April 11, the girl flew on a roundtrip ticket from Sydney, Australia to L.A., where Price was waiting for her arrival. Price hired a rental car, and drove across the country to his home in Jamaica.
According to prosecutors, Price admitted in a post-arrest statement that he and Jane Doe were involved sexually during their cross-country trip and while they were living in Queens until she was found by law enforcement in his home four weeks later. Following her successful recovery by officers of the City Police Department, Jane Doe was returned to her family in Australia. In a recent submission to the Court, Jane Doe’s mother recounted the trauma Jane Doe and her family continue to struggle with in the aftermath of Price’s actions.
Prosecutors also noted on Friday that restitution to Jane Doe’s guardians will be determined at a later date.
“Today’s sentencing should send a strong message to those who seek to sexually exploit children—borders and oceans will not impede the efforts of the global law enforcement community in safeguarding our children and bringing predators to face justice,” said Homeland Security Investigations-NY Special Agent-in-Charge Angel Melendez.