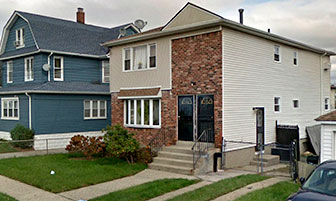 According to federal prosecutors, Kingsley created the bomb that killed George Wray outside his Springfield Gardens home in July 2017.

By Forum Staff
A Brooklyn man who was arrested earlier this year for a package bomb that killed a Springfield Gardens resident outside his home in July 2017 has been indicted on a new charge, federal prosecutors recently announced.
A grand jury returned a superseding indictment against Victor Kingsley, 37, adding a charge of attempted use of a weapon of mass destruction based on a fully assembled explosive device that police found in his apartment when he was arrested for the Springfield Gardens incident in February.
According to charging documents, Kingsley built the explosive device used in the July 28, 2017 murder as part of his broader effort to retaliate violently against several officers who were part of a City Police Department unit that had arrested him in January 2014. Despite the 2014 arrest eventually resulting in the dismissal of charges, Kingsley sought revenge against the officers. Ultimately, he arranged for the explosive device to be placed outside of 222nd Street residence where Kingsley mistakenly believed one of his target officers resided. The building owner, George Wray, 73, inadvertently detonated the device when he tried to open it. He succumbed to his injuries four days later.
Kingsley continued to acquire explosive device parts, according to federal officials. He was arrested at his Brooklyn residence on Feb. 28, 2018. During the search of his apartment, agents seized another fully assembled destructive device contained in a mailing tube identical to the one used for the July 2017 device, as well as large quantities of incendiary powder.
This additional destructive device is the basis for the new charge in the superseding indictment, prosecutors noted.
If convicted on all counts, Kingsley faces a maximum sentence of life in prison or death.