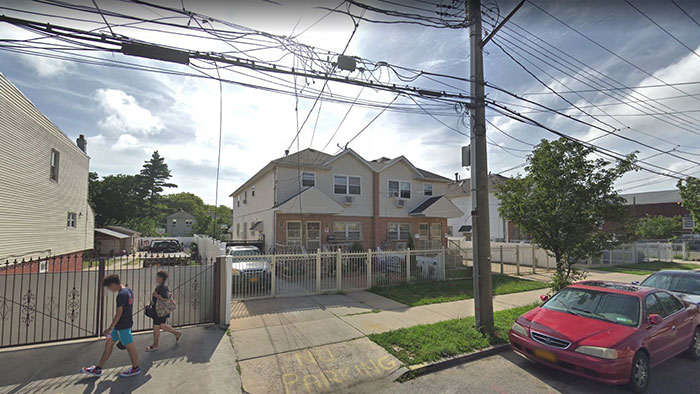 By Forum Staff
A Brooklyn man has been convicted at trial of murder in the shooting death of an acquaintance, Queens District Attorney Richard Brown announced on Friday. The victim was shot twice in the head as he and the defendant walked along Union Hall Street together in Jamaica in May of 2016, Brown added.
Teimel Morris, 25, was found guilty on all counts following a two-week-long trial. He was convicted of second-degree murder and two counts of second-degree criminal possession of a weapon. Morris is scheduled to be sentenced on March 5, at which time he faces up to 25 years to life in prison, the DA noted.
According to trial testimony, on May 6, 2016, Morris and the victim, Edward Harris, 28, were seen on video surveillance having a heated conversation outside a deli on 160th Street. The two men then proceeded to walk down 107th Avenue together and another surveillance camera spotted the pair walking on Union Hall Street and then out of view when shots rang out. Witnesses heard the gunfire and saw someone running from the area in a black sweatshirt with white sleeves with a gun in his hand. The defendant wore a black sweatshirt with white sleeves that evening.
According to trial testimony, Harris had been shot twice in the head. The victim was taken to a nearby hospital where he died five days later.
“This was a tragic, senseless act of gun violence that claimed the life of a young man. And now another young man, the defendant, faces the possibility of spending the rest of his days locked behind bars,” Brown added. “The defendant showed a total disregard for human life when he shot and killed the victim. Guns have no place in a civilized society and if you use one, you will be prosecuted to the fullest extent of the law.”
The Harris shooting was investigated by the 103rd Precinct Detective Squad. According to the latest available City Police Department statistics, the 103 is experiencing a precipitous drop in overall crime—a 32.5 percent tumble compared to the same period last year. Nearly all of the major index crime categories are in decline. Reported rapes stayed even at two; however car thefts have increased sharply—to 10 from 5 during the same period in 2018.