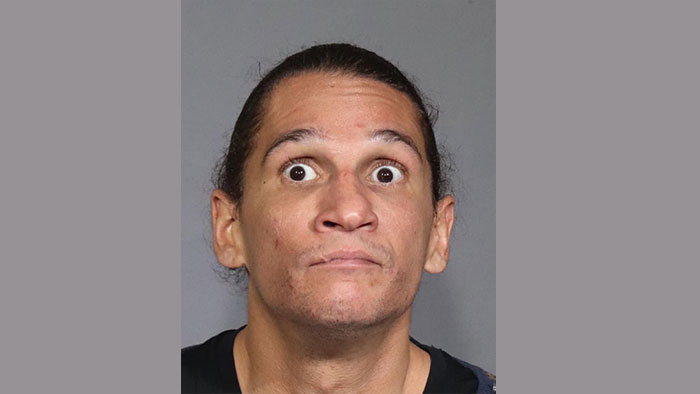 By Forum Staff
A Jamaica man has been indicted on kidnapping charges for allegedly forcing an 11-year-old girl into his vehicle in December, Queens District Attorney Richard Brown announced on Monday. The girl was saved thanks to the heroics of a man who heard her screams and stepped in to save her.
Relyn Estrada, 40, was arraigned on Friday on a two-count indictment charging him with second-degree kidnapping and endangering the welfare of a child. According to court records, Estrada, a registered sex offender, was remanded without bail and ordered to return to court on March 11.
According to the charges, said DA Brown, at approximately 7:30 a.m. on Dec. 15, 2018, the victim, an 11-year-old girl, was walking on Center Street near Seneca Avenue in Ridgewood when she observed Estrada drive up to her in a white vehicle and motioned for her to come to him. When the victim ignored the defendant, she observed the man drive ahead of her, stop and exit his vehicle. The defendant then allegedly ordered her to come to him. The pre-teen girl replied, “No thank you,” and ran in the opposite direction. Estrada then allegedly chased the girl, grabbed her arm and backpack, yanked her backward and then forced her into the front seat of his vehicle. While inside the car, the girl began kicking her legs trying to escape while screaming for help.
According to charging documents, Alexander Salas, who was in his home, heard the screams coming from the young victim. Salas looked out a window and allegedly saw the girl struggling in the man’s vehicle. He then ran outside, bat in hand, and asked the youngster if she knew the man. The girl responded no and again yelled for help.
“He had literally picked her up sideways,” Salas told the New York Daily News. “I told her, ‘Don’t worry, don’t move.’ He was more concerned about me. (I said to myself) ‘I’m going to do everything in my power not to let him go.’”
Salas’ landlord joined him in confronting Estrada.
“We were ready to take him and do what we had to do to prevent the little girl from getting kidnapped,” Edwin Gonzalez told the News.
Salas and Gonzalez held Estrada for the police, who eventually took him to the 104th Precinct stationhouse not far from the scene.
“The defendant is accused of physically forcing this girl into his vehicle—despite the youngster fighting her hardest to get away from the stranger who approached her on the street. If not for brave good Samaritans who stepped in to help, the fate of the girl could have been horribly different. The defendant will be vigorously prosecuted and held accountable for his alleged actions,” Brown pledged on Monday.
If convicted, Estrada faces up to 25 years in prison.