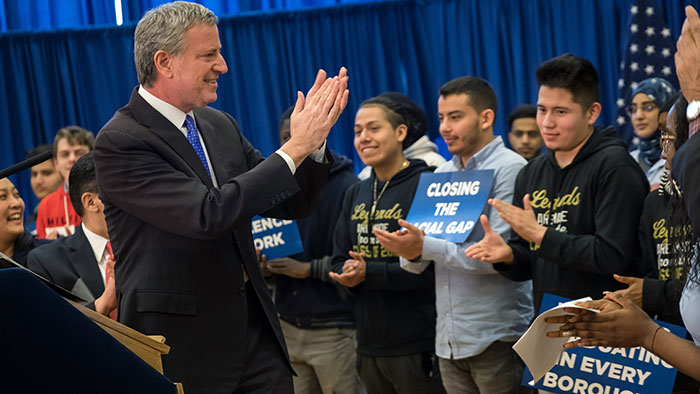 The mayor congratulates students at New World HS in the Bronx.