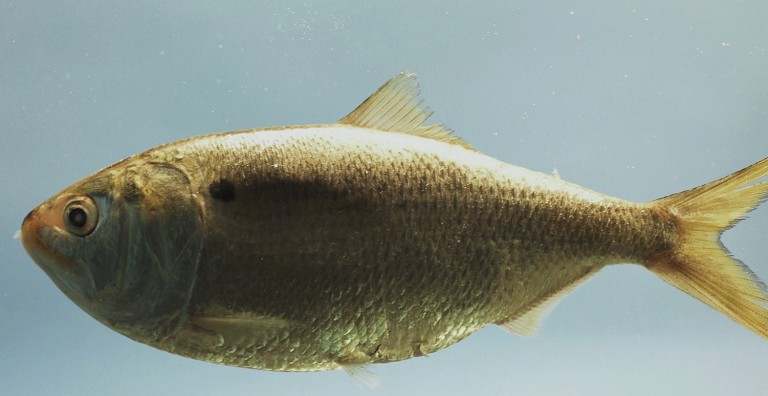 Photo Courtesy of the National Oceanic and Atmospheric Administration

By Michael V. Cusenza
A bill that would prohibit the taking of the Atlantic menhaden fish species from area waters using a purse seine has passed both houses of the State Legislature, according to a cosponsor of the measure, State Sen. Joe Addabbo, Jr. (D-Howard Beach), and Senate records.
Addabbo noted that seine fishing involves using a large fishing net, called a seine, cast off the side of large commercial fishing boats to collect fish. Menhaden fish are popular for seine fishing because they are used for fishmeal and fish oil-based products and local anglers use them as bait to catch larger fish that they can eat or sell. They are also a major food source for whales, dolphins, seals, striped bass, blue fish, weak fish, and other large marine life.
Dan Mundy, Jr. of the Jamaica Bay Ecowatchers called the menhaden, which can be found in the waters off the Rockaways and Broad Channel, “the single most important fish species,” and “the most important baseline food source for the entire ocean food chain.”
“This bill is critical to stop large corporations from entering our waters with their massive vacuum ships that literally wipe out entire schools of these fish in single takes,” Mundy added. “We need to ensure that this species is protected from this type of harmful practice and that our waters remain a home for the whales and dolphins for future generations to enjoy.”
According to the bill, the State Department of Environmental Conservation can issue a temporary order to take menhaden with purse seines if the agency determines that there is an imminent risk of a fishkill.