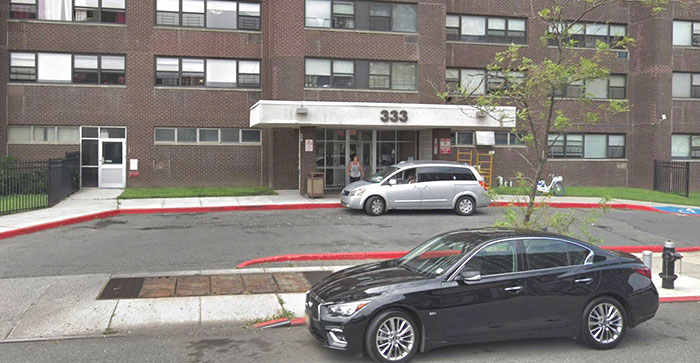 By Forum Staff
A Far Rockaway man has been sentenced to 25 years in prison after pleading guilty to fatally stabbing his ex-girlfriend and wounding her mother inside of the victim’s Beach 32nd Street apartment in February 2017, Chief Assistant District Attorney John Ryan, on behalf of Queens DA Richard Brown, announced on Thursday.
Jonnie Jones, 44, pleaded guilty last month to first-degree manslaughter and first-degree assault. Jones’ 25-year prison sentence will be followed by five years’ post-release supervision, Ryan noted.
According to the charges, Jones showed up at the victim’s residence shortly before 2 a.m. on Feb. 26, 2017, and began arguing with his ex-girlfriend, Monet Franklin. Jones then went into her kitchen, retrieved a knife, and repeatedly stabbed Franklin, 51, causing severe damage to her left lung, heart, and other internal organs. She died as a result of the injuries.
During the attack, Jones also stabbed Monet’s mother, 77-year-old Maria Franklin, who was in the apartment at the time of the incident. The elder Franklin suffered a severe laceration to her left hand in her attempt to thwart Jones’ assault.
“This crime is a tragic and senseless act of domestic violence,” Ryan added. “The defendant flew into a rage during the course of an argument with his former girlfriend and mercilessly stabbed the victim to death. The woman’s mother was also wounded as she attempted to protect her daughter from the defendant’s attack.”