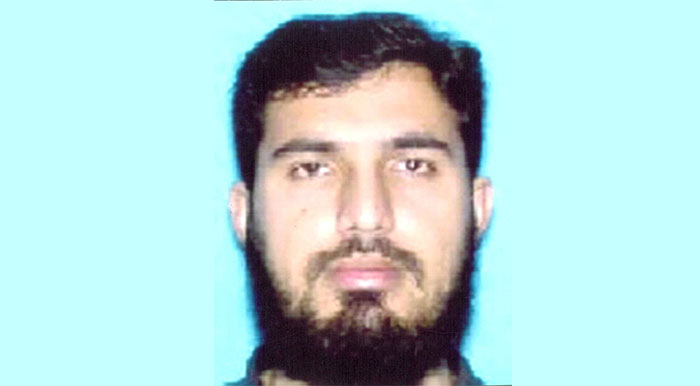 By Michael V. Cusenza
Najibullah Zazi, a former Flushing resident and Flushing High School student who in 2009 brought explosives to New York City as part of an al Qaeda-supported plan to attack the subway system, was sentenced on Thursday to 10 years in federal prison.
However, considering Zazi, 33, has been in custody since February 2010, when he pleaded guilty to a three-count superseding information charging him with conspiracy to use weapons of mass destruction against persons or property in the United States, conspiracy to commit murder in a foreign country, and providing material support to al Qaeda, Thursday’s long-awaited sentencing essentially amounts to time served.
As Zazi admitted in his guilty plea allocution, he and others agreed to travel to Afghanistan to join the Taliban and fight against United States and allied forces. In furtherance of their plans, they flew from Newark Liberty International Airport to Peshawar, Pakistan at the end of August 2008. Although Zazi and others initially intended to fight on behalf of the Taliban, they were recruited by al Qaeda shortly after arriving in Peshawar. Al Qaeda personnel transported Zazi and others to the Waziristan region of Pakistan and trained them on several different kinds of weapons. During the training, al Qaeda leaders asked Zazi and others to return to the U.S. and conduct suicide operations. They agreed.
Zazi later received additional training from al Qaeda on constructing the explosives for the planned attacks in the United States. Zazi had discussions with al Qaeda leaders about target locations, including subway trains in the five boroughs.
In a 25-page sentencing memorandum filed last Wednesday, federal prosecutors outlined in detail how Zazi—since he decided to cooperate in February 2010—has been an invaluable witness for Uncle Sam.
“Over the past eight years, Zazi has provided extraordinary cooperation, meeting with the government more than 100 times, viewing hundreds of photographs, and providing information that assisted law enforcement officials in a number of different investigations even where Zazi did not personally know the subjects of those investigations,” Assistant U.S. Attorney Douglas Pravda wrote. “[Zazi] proffered at great length about every aspect of his conduct without minimizing his actions, nor were there any areas of questioning that Zazi refused to address. His cooperation included implicating his friends in terrorism crimes as well as telling law enforcement about various acts by Zazi’s own family members.”
Zazi on Thursday also penned a four-page letter to the presiding judge, seeking mercy while touting his startling path to enlightenment.
“Your Honor, I have had a long journey in my short life, most dramatically, I went from an Islamic extremist to a cooperating witness,” Zazi wrote. “A New Yorker who had no real sense of what this country stands for, it would take prison, exposure to many different people, their beliefs, both good and bad, and a much better understanding of American culture to realize that the tolerance by America and freedoms of Americans is the heart of its greatness, and a beacon of light for those with hope in their hearts.”
Zazi’s lawyer told News 4 New York that he hopes his client will be home in a few days.