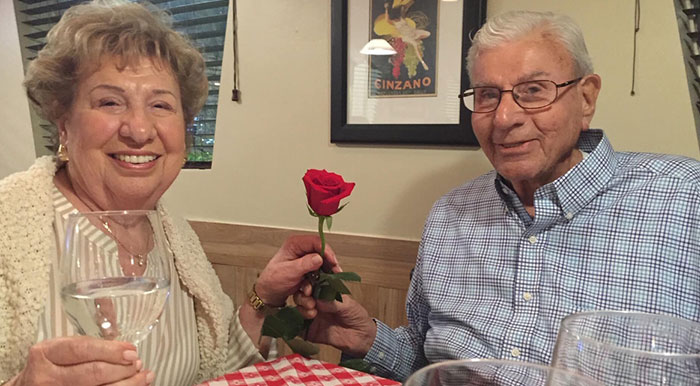 Photo Courtesy of the Gurino Family

Residents of Howard Beach shed tears and shared stories and smiles last week as they remembered the life of beloved neighbor and businessman John Gurino, who died on Monday, April 29. He was 92.
Gurino was born on July 9, 1926, in East New York, Brooklyn, one of Antonio and Carmella’s 13 children.
John Gurino entered the U.S. Army in 1944. The 18-year-old served in World War II until 1947. A year later, he met Lenora Sepe. In November 1950, the smitten couple tied the knot at St. Michael’s Church in Brooklyn.
The Gurinos had three children: Anthony, John, and Angelo. They initially raised their boys in their first home in Richmond Hill. John Gurino drove limousines before saving enough money to go into the construction business. He bought his first piece of property in Howard Beach. It was there, in 1965, that he built his second home.
Gurino continued working hard and investing in real estate along Cross Bay Boulevard. And in 1978, he purchased a piece of property at 157-48 Cross Bay Blvd. and turned it into the Howard Beach gourmet food icon Ragtime. The Gurino family-run business served South Queens for nearly 40 years.
Family. His wife, children, grandchildren, great-grandchildren. That’s what it was all about for John Gurino. Sure, he enjoyed reading the newspaper every day, playing cards, going to the casino, and watching his cherished Yankees. But whenever he was asked about his favorite time, the answer remained unchanged.
“Sunday dinner, at the table, with my family.”