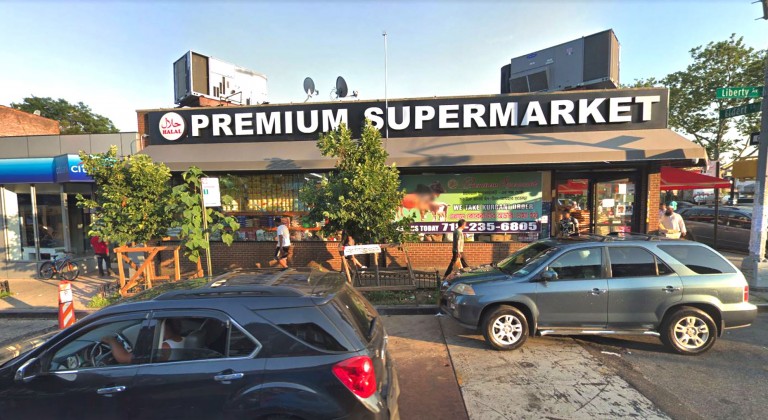 By Forum Staff
An Ozone Park storeowner has been indicted for allegedly torching a rival supermarket in Brooklyn in February, federal prosecutors announced on Friday.
Mamunar Khan, 59, was previously arrested on May 6 on a complaint charging him with arson.
According to the indictment, Khan is the co-owner of Deshi Bazaar, located 101st Avenue near Liberty Avenue and 75th Street. On Feb. 3, video footage recovered from the Premium Supermarket, located approximately three blocks away at 1196 Liberty Ave. in Brooklyn, showed Khan pushing a cart filled with unknown flammable material down an aisle in the store. Khan, wearing blue latex gloves, used a lighter to ignite the material, and then exited the store. As the fire spread through the store, a second video camera recorded Khan driving away in a Mercedes-Benz SUV. The fire caused substantial damage to Premium Supermarket and the structure of the building.
A witness told law enforcement agents that Khan had previously complained that the low prices at Premium Supermarket hurt business at his own nearby store. Khan was then interviewed by law enforcement agents. The following day, he left the country and traveled to Bangladesh. Khan was arrested three months later upon returning to the United States, according to officials.
“Mamunar Khan put personal profit before public safety and put people’s lives at risk,” added City Police Commissioner Jim O’Neill.
If convicted, Khan faces a mandatory minimum sentence of five years’ imprisonment, and a maximum of 20 years’ imprisonment.