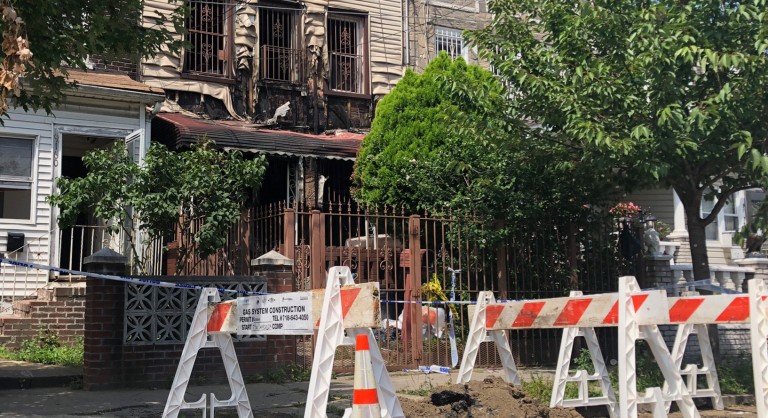 By Michael V. Cusenza
A single mother of three and her 7-year-old daughter were killed Sunday after a two-alarm blaze quickly bounded through their two-story Richmond Hill home, according to Fire Department officials and reports.
Silvia Umana, 51, and Guadalupe Perez were rushed to Jamaica Hospital Medical Center where both perished shortly after arrival. Umana’s two teen sons were injured in the inferno. The eldest was taken to Jamaica Hospital where he was listed in critical condition; the younger brother was transported to Kings County Hospital in stable condition.
The blaze broke out in the home on 117th Street near Atlantic Avenue shortly after 9:30 on a sweltering Sunday morning in which the mercury was already in the upper 80s. More than 100 smoke-eaters battled the beast until it was brought under control roughly an hour later.
“They wear a lot of gear,” FDNY Deputy Assistant Chief Michael Ajello told the New York Daily News. “They quickly overheat—heat exhaustion, which subsequently leads to heat stroke. We have to rotate our personnel quite frequently at a fire like this. We call extra people to the scene.”
City fire marshals determined that the fire was accidental, caused by a damaged air-conditioner cord. They also noted that a working smoke alarm was not present.
“FDNY urges New Yorkers to check cords regularly and replace any damaged or frayed cords immediately,” department officials said. “And remember—working smoke and carbon monoxide alarms are a critical component of your escape plan. Have a working smoke and CO alarm, or combination smoke/CO alarm, on every level of your home, including basements and where you sleep.”
According to the FDNY, in New York City, your risk of dying in fire is cut in half when there are working smoke and carbon monoxide alarms in your home. And 70 percent of fire deaths in the five boroughs in recent years have occurred in homes where there were no working smoke/carbon monoxide alarms.