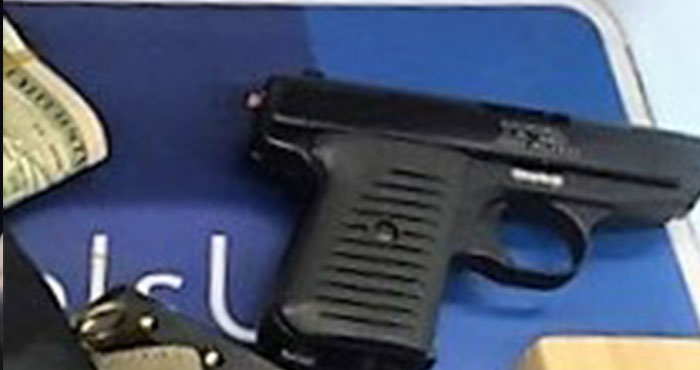 A California man traveling with a toddler was arrested last Tuesday at John F. Kennedy International Airport after Transportation Security Administration officers found a loaded gun among his carry-on items at one of the airport checkpoints, according to TSA officials.
When the TSA officers spotted the gun, they contacted Port Authority Police, who arrived at the checkpoint, confiscated the firearm, and detained the man for questioning before arresting him on weapons charges. The unidentified man told officials that he took his friend’s carry-on bag by mistake, TSA officials reported. Police took care of the child during the incident.
The 9 mm handgun was loaded with eight bullets, including one in the chamber. The July 30th incident marked the fifth gun that TSA officers have detected at JFK security checkpoints so far this year—more than double the two firearms that were discovered at the airport in all of 2018.