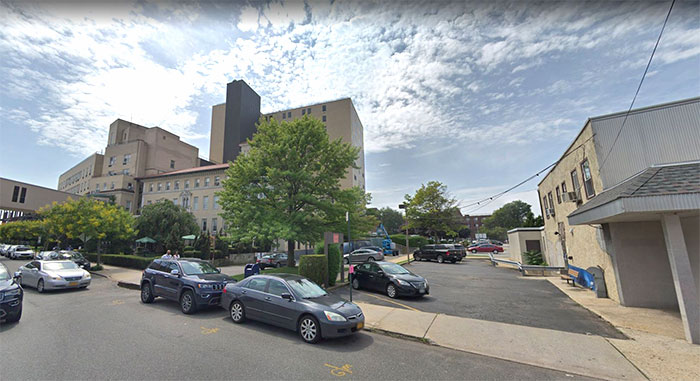 The victim was rushed to St. John’s Episcopal Hospital in Far Rockaway, where she was pronounced dead.

By Forum Staff
Authorities have extradited a 38-year-old woman from London, where she fled in 2016, following an illegal plastic surgery procedure she performed without licensure, in
May of 2015.
The defendant is identified as Donna Francis, 38, whose last known New York address was on Huxley Street in Rosedale. Francis was indicted by a Queens County grand jury in
2016 on homicide charges for allegedly causing the death of a Maryland woman in May of 2015.
The victim had traveled from Maryland, accompanied by her mother to undergo a procedure to enhance her buttocks.
“The defendant is alleged to have set up a temporary medical practice in the basement of a Far Rockaway home with a massage table and silicone gel purchased from eBay,” said Acting Queens District Attorney John Ryan.
According to the DA’s office, the victim arrived with “…$1,600 cash and the hope of returning home with the perfect figure. Sadly, she never returned home. ”
Francis, who is not a licensed nurse or physician, injected a clear substance into the woman’s buttocks, causing cardiac arrest and subsequent death.
The defendant was brought back to Queens last week to face charges and was arraigned before Acting Queens Supreme Court Justice John Zoll on an indictment charging her with criminally negligent homicide and unauthorized practice of a profession.
Francis is being held at the Suffolk County Correction Facility, per the stipulations of the extradition agreement. Her next court date is Sept. 27.
According to the charges, on May 30, 2015, a 34-year-old woman traveled from her home in Suitland, Md., to meet with Francis for a buttock augmentation procedure in the basement of a home on Dickens Street in Far Rockaway. Shortly after 6 p.m. that same evening, emergency responders arrived at the scene after the victim’s mother called 911. They found the victim lying face up at the bottom of the stairs and transported her to a nearby hospital, where she was pronounced dead. The defendant fled the scene and left the country the following day.
When a court-authorized search warrant was executed at a second address used by the defendant, police recovered syringes, a jug filled with a clear liquid consistent with silicone and an invoice with the defendant’s name on it from eBay for jugs of dimethicone (a silicone-based product).
The medical examiner determined the victim’s cause of death to be systemic silicone emboli cause by an injection of silicone. Any such injection into the human body must be encapsulated to avoid free silicone from entering the bloodstream and causing a deadly blood clot to form.
If convicted, Francis faces up to a year in jail, pursuant to the extradition order limiting a sentence greater than one year.