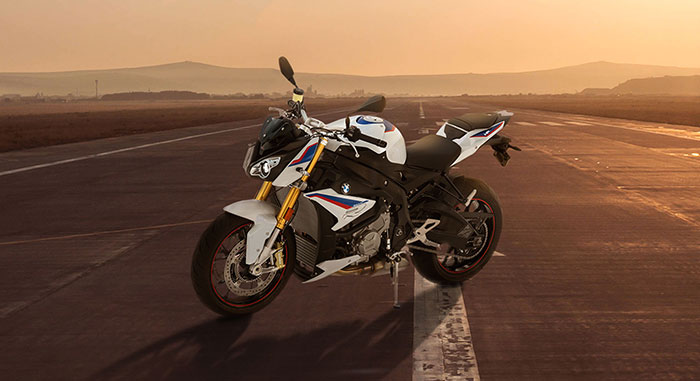 Three of the accused allegedly sold stolen motorcycles, including a BMW S1000R.

By Forum Staff
Four individuals have been arrested and charged with multiple counts of criminal possession of stolen property and conspiracy for allegedly selling stolen bikes in Queens County between December 2017 and October 2018. One defendant is additionally charged with criminal sale of a controlled substance for selling cocaine in Queens.
“The arrests are the result of a year-long joint undercover investigation by the New York City Police Department’s Auto Crime Division and this office’s Organized Crime and Rackets Bureau. Drug dealing and trafficking in stolen goods will not be tolerated in Queens County,” Acting Queens District Attorney John Ryan said. “This office will continue to work diligently with our law enforcement partners to put those who barter in stolen merchandise and deal drugs out of business.”
Jordan Rhoden, 29, has been identified as the main defendant. He was apprehended in South Carolina and extradited to Queens last week. Rhoden was arraigned late Tuesday night before Queens Criminal Court Judge David Kirschner.
The investigation began in Queens with the NYPD’s Auto Crime Division looking into an OfferUp advertisement that listed a Texas motorcycle title for sale. Undercover police contacted the seller, who arranged a meeting at a location in Queens County where defendant Rhoden allegedly sold the advertised Texas motorcycle title. The defendant also told the “buyer” that he had stolen motorcycles available for sale, which prompted the start of the “Operation 8-Ball Riderz” investigation.
During the course of the investigation, Rhoden sold motorcycles to undercover detectives on several occasions. The transactions progressed to him selling thousands of dollars worth of cocaine to these “buyers” between December 2017 and October 2018.
Also, according to the charges, Rhoden introduced his co-defendants to undercover police. Over the course of the investigation, these three co-defendants identified as Ted Bennett, Jason Graham and Devon Henry—acting alone or in concert—sold stolen motorcycles, including a BMW S1000R, a Honda CBR, Suzuki GSXR and a Yamaha R1.
Unbeknownst to the defendants, they allegedly sold 13 motorcycles to undercover detectives. These bikes did not have ignition keys or titles. The recovered motorcycles have an estimated value of $70,000. Most of these motorcycles’ ignitions were hot-wired in order to start the engines.