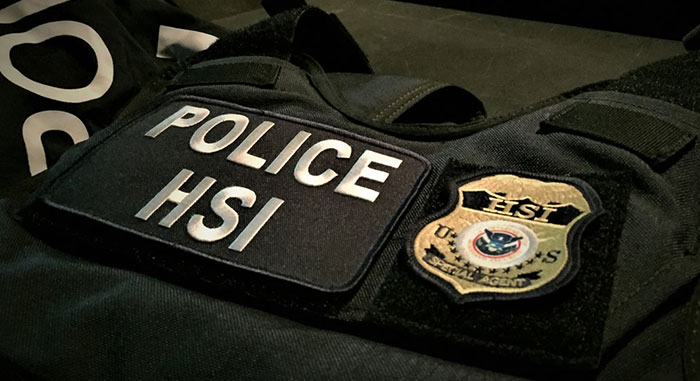 Members of the ring allegedly “used intimidation and abuse to force their victims to participate in sexual acts against their will,” said HIS-NY Special Agent-in-Charge Fitzhugh.

By Forum Staff
Three Queens residents have been indicted for their roles in a brutal Sex-trafficking ring that stretched from Mexico to the five boroughs, federal prosecutors announced on Thursday.
Francisco Melendez-Perez, 25; Fabian Reyes-Rojas, 39; and Abel Romero-Melendez, 33, were arrested last year. They have been arraigned, along with three Mexican nationals who were extradited to the United States, on an 18-count indictment charging him with sex trafficking conspiracy, sex trafficking of minors, interstate prostitution, alien smuggling and money laundering conspiracy.
The latest defendant Jose Miguel Melendez-Rojas, 45, of Mexico, was arrested in February 2019 in Mexico following a joint investigation by U.S. Immigration and Customs Enforcement, Homeland Security Investigations, Mexico City and New York Offices, and the Mexican Federal Police. Melendez-Rojas was finally extradited to the U.S. last Wednesday.
As alleged in the second superseding indictment and other court filings, between 2006 and July 2017, Melendez-Rojas, and his co-defendant relatives, smuggled young women and girls from Mexico into the U.S., where they were forced to work as prostitutes in the five boroughs and elsewhere. The six defendants conspired to launder the proceeds of their sex-trafficking and prostitution activities to conceal the illicit nature of the proceeds, federal officials noted in charging documents.
“Melendez-Rojas was flown thousands of miles to face charges for his role in trafficking and victimizing young women purely for profit. It’s alleged that he, with others in this ‘family business,’ used intimidation and abuse to force their victims to participate in sexual acts against their will,” said Homeland Security Investigations NY Special Agent-in-Charge Peter Fitzhugh.
If convicted of the sex-trafficking-related charges, each defendant faces a mandatory minimum sentence of 15 years’ and a maximum of life imprisonment.