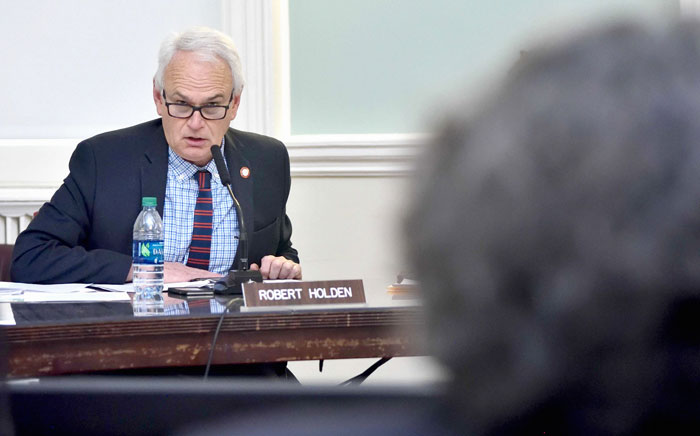 “I am disgusted with the way City Hall does business when it comes to housing the homeless,” Councilman Holden said.

City Councilman Bob Holden (D-Middle Village) recently ripped the de Blasio administration while vowing to dig in his heels in the fight against City Hall’s latest homeless shelter plans for Community Board 5.

Holden noted that he and other local elected officials received word Thursday from the City Department of Homeless Services that the agency intends to establish a facility for 200 men at 78-16 Cooper Ave. in Glendale some time during the first half of 2020. A significant portion of the population set to be housed at the new shelter will be transferring from the shuttered Maspeth Holiday Inn temporary shelter.

According to DHS, another new shelter will open its doors at 1616 Summerfield St. in Ridgewood late next year. The City intends to locate 132 homeless families at this facility.

Holden has been battling the administration for years regarding the installation of homeless shelters in CB 5, as president of the Juniper Park Civic Association and more recently in his capacity as a duly elected official.

“I am disgusted with the way City Hall does business when it comes to housing the homeless,” Holden said.

A year ago he brought a proposal to DHS that detailed plans for a school at the Cooper Avenue site instead of a shelter. According to Holden, over the last 12 months, the School Construction Authority and DHS “worked in good faith” with the councilman to establish a state-of-the-art building for special-needs students.

“I presented a strong plan to have a new District 75 school built on the Cooper Avenue property and I was told by all involved City agencies that this was an ideal solution,” Holden noted. “But as soon as Chancellor Carranza got involved, he decided it would be better to continue wasting our tax dollars and let the District 75 special-needs students suffer in a century-old building surrounded by heavy truck traffic.”

Still, the councilman is not crestfallen. He has pledged to push back.

“I tried to fight against the shelter the right way, by negotiating with City agencies and coming up with reasonable proposals, only to have the rug pulled out from under me,” Holden said. “I was told countless times that DHS and SCA loved my plan to build a new school on Cooper Avenue, and the mayor’s approval was all that was needed. But the mayor recently told me he knew nothing about the plan. I’m sick of paying this game with City Hall, so now I will fight back the best way I know how: with my neighbors by my side.”

Holden added on Twitter that he’ll “be meeting with community leaders/members in the coming days to start planning how we as a community will fight against this irresponsible decision.”