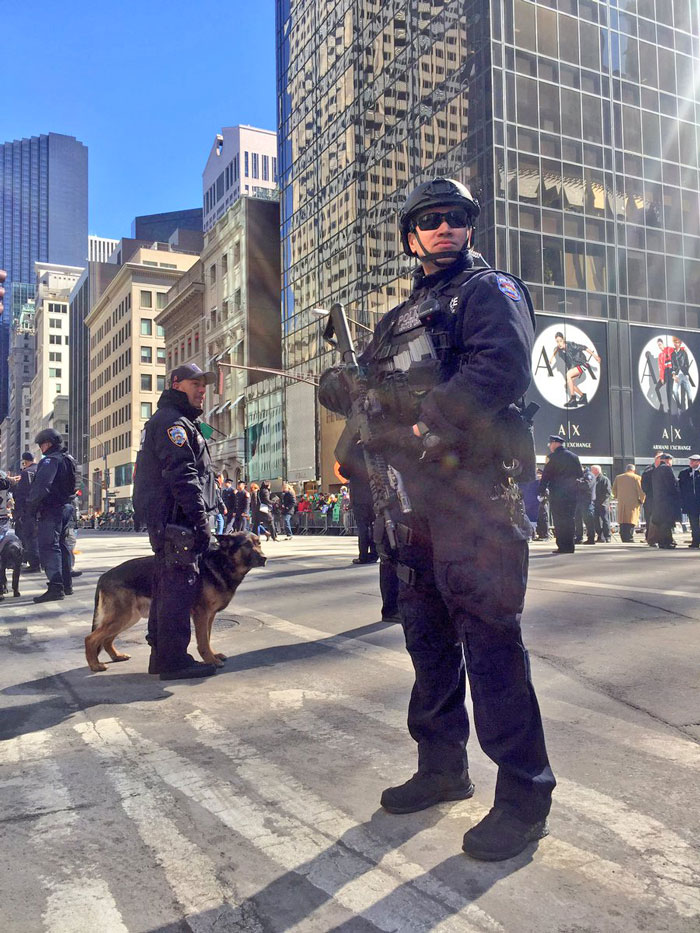 Federal anti-terror funding helps to address the unique needs of high-threat, high-density urban areas by helping to prevent, protect against, mitigate, respond to, and recover from acts of terrorism.

The New York City area is set to receive $178,750,000 in federal funding through the Urban Area Security Initiative, which provides money to address the unique needs of high-threat, high-density urban areas by helping to prevent, protect against, mitigate, respond to, and recover from acts of terrorism, Senate Minority Leader Chuck Schumer and Sen. Kirsten Gillibrand (D-N.Y.) announced Thursday, adding that NY is also getting $76,930,000 in State Homeland Security Program funding, which helps implement anti-terrorism strategies outside of urban areas.

Through UASI’s Nonprofit Security Grant Program, which is administered by the Federal Emergency Management Agency, $11,096,805 will be awarded to 116 nonprofit organizations in and around Gotham that are at high-risk of an attack to improve their security. Earlier this year, Schumer and Gillibrand announced their push to increase funding for the NSGP in Fiscal Year 2020 to $75 million—the highest level yet—to protect nonprofit institutions that are at risk of being targeted for terror attacks. Gillibrand was successful in calling on Senate Appropriators to fund the NSGP at the highest possible level of $60 million in FY2019. Synagogues, churches, mosques, and other faith-based community centers are just a few examples of nonprofit organizations that could apply for the funds, the pols noted. The NSGP has improved efforts to keep at-risk nonprofit organizations safe by promoting emergency preparedness coordination and collaboration activities between public and private community representatives, as well as with State and local government agencies, Schumer and Gillibrand said.

“Since Sept. 11, nonprofits generally, and Jewish communal institutions specifically, have been the victim of an alarming number of threats and attacks. [The NSGP] counters those threats by providing needed resources for target hardening, and the integration of nonprofit preparedness activities with broader state and local preparedness efforts,” said William Daroff of the Jewish Federations of North America.

“No one should ever have to live in fear of being the target of a terror attack, and it is a tragedy that New York and places across the country still face the threat of terrorism and hate crimes,” Gillibrand said. “These anti-terror funds will help our law enforcement protect and save lives, and it will also provide nonprofits and places of worship that are at risk of being targeted with the resources they need to enhance their security and help prevent attacks.”

“With both ISIS-inspired attacks and horrific hate crimes targeting places of worship becoming more frequent across the globe, we must do all we can to help protect top terror targets like New York City and help people of all faiths worship in safety and security,” Schumer said. “Federal security funds, like UASI, are the cornerstone of effective preparedness and prevention against terror threats and enable local law enforcement, like the NYPD, to do all they can to keep New Yorkers safe.”