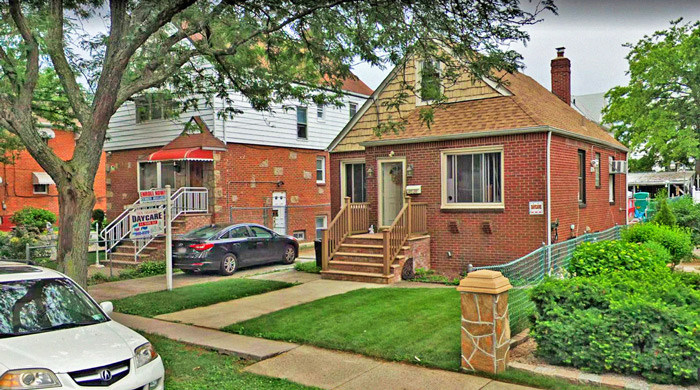 Editor’s Note: The details of the story that follows are extremely graphic.

A borough resident, who is the father of a daycare center operator, has been charged with sexually abusing two female students—one of the victims is a 5-year-old and the other, now 16, was allegedly abused beginning in 2010 when she was just 7 and attending the facility, Acting Queens District Attorney John Ryan announced Tuesday.

Ramon Rodriguez, 77, a native of Puerto Rico who lives in South Ozone Park, was arraigned Tuesday night on a criminal complaint charging him with first-degree sexual abuse, second-degree course of sexual conduct against a child, and two counts of acting in a manner injurious to a child under the age of 17. According to court records, bail was set at $50,000 cash or bond. As of Wednesday afternoon, Rodriguez remained on Rikers Island in the custody of the City Department of Correction.

According to the charges, between June 17, 2019 and July 14, 2019, the victim, who is 5 years old, attended Your Treasures Daycare, which is located on 121st Street in South Ozone Park, and owned and operated by Rodriguez’s daughter, Melissa Rodriguez-Thomas. During that four-day period, Rodriguez, on at least one occasion, touched the 5-year-old victim’s vagina under her clothing.

It is further alleged that between 2010 and 2015, the victim, who is now 16 years old, attended the aforementioned daycare center. During that time, Rodriguez subjected the female student to sexual contact on numerous occasions when she was between the ages of 7 and 12 by rubbing the victim’s vagina both under and over her clothing and exposing his penis. He also forced her to touch him and to watch while he manipulated himself. Rodriguez continued to have access to the girl after she was no longer a student at the center.

According to the charges, it is alleged that between Aug. 15, 2010 and Jan. 31, 2019, Rodriguez stated to the now 16-year-old girl “Your breasts look great” and would repeatedly expose his penis to her. The victim also told police that Rodriguez, on numerous occasions, apologized to the teenager, saying, “I know you hate me for what I have done to you. I am sorry.”

“Parents search far and wide for the best childcare for their children. At the very least, they expect their youngsters to be safe,” Ryan said. “Sadly, the father of the daycare center owner took advantage of the access he had to these vulnerable preschoolers and allegedly violated them in unimaginable ways. The defendant is in custody and now faces going to prison for his alleged actions.”

If convicted, Rodriguez faces up to 7 years in prison.