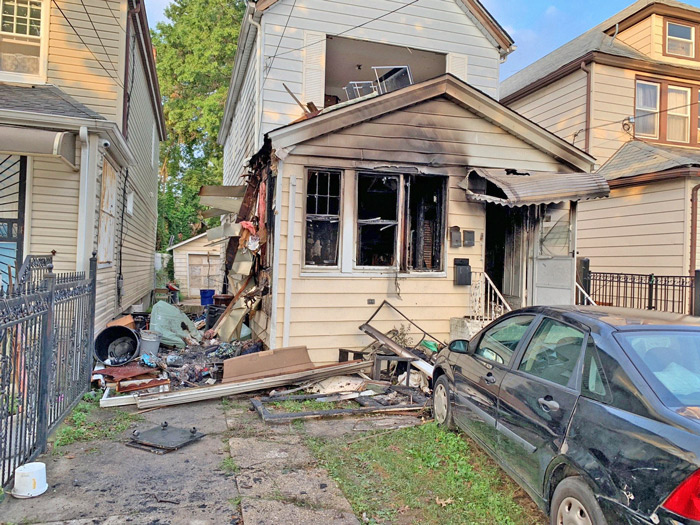 The homeowner, a wheelchair-bound retiree, died last Tuesday after Rampersaud allegedly doused the victim’s room with a flammable liquid and set the house on fire.

A Queens man has been charged on multiple counts after he set a blaze at the residence of a homeowner who evicted him from his apartment.

Persaud Rampersaud, 49, formerly of 219th Street in Queens Village has been charged with murder and arson for setting fire to the 219th Street residence where he had lived until late August.

The homeowner, a wheelchair-bound retiree, died on Tuesday, September 3rd, after the defendant allegedly doused the victim’s room with a flammable liquid and set the house on fire.

“The defendant—who allegedly admitted to starting the deadly blaze—set out to kill the homeowner after she forced him to vacate her home. Instead of being grateful for a temporary place to stay, the defendant allegedly torched the property and killed the woman. The defendant, who was hospitalized following his arrest, was arraigned via a video monitor and now faces the possibility of spending the rest of his life behind bars for this horrible and senseless crime,” said Acting Queens District Attorney John Ryan.

According to the charges, on Tuesday, Sept. 3, at approximately 11:10 p.m., surveillance cameras allegedly show Rampersaud going in and out of the 219th Street home, where he had previously lived with his girlfriend, who is the niece of the victim, Bebe Joamin.

The defendant was seen on video footage carrying a white bottle and walking alongside the driveway of the home. After leaving, flames can be seen coming from the home reflected on a parked car in the driveway of the residence. The 63-year-old victim was found in her bed on the ground floor and died of smoke inhalation.

Joamin contacted the police in June stating that the defendant threatened to kill her. The wheelchair bound woman had given Rampersaud until Aug. 28, to vacate her home.

The defendant was arraigned on a complaint charging him with two counts of second-degree murder and one count of second-degree arson. Rampersaud was remanded and ordered to return to court on

At the time of his arrest, Rampersaud allegedly admitted to police that he had set the deadly fire that killed Bebe Joamin.

If convicted, Rampersaud faces up to 25 years to life in prison.