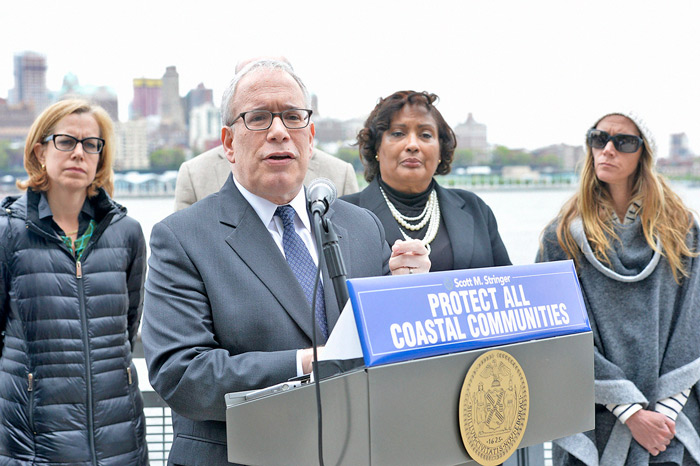 “[N]early seven years after Sandy struck, we still haven’t fully recovered and too many New Yorkers remain vulnerable to the next storm,” Comptroller Stringer said.

Stringer’s missive requested the following information from the City regarding progress made in preparation for future storms:

“It’s not a question of whether New York will be hit by another superstorm like Sandy, but when. Yet nearly seven years after Sandy struck, we still haven’t fully recovered and too many New Yorkers remain vulnerable to the next storm,” Stringer said. “Over the past six years my office has catalogued the many ways the City failed New Yorkers in the hours, months, and years after Sandy. Our City is responsible for mobilizing to protect New Yorkers the minute the next storm strikes and we can’t let NYCHA residents, shorefront communities, or vulnerable New Yorkers suffer because we didn’t learn our lessons from Sandy. It’s past time for the City to reassure New Yorkers that we are better prepared than we were six years ago. Lives are at stake, homes and businesses are on the line, and futures hang in the balance. We need to act with the urgency that our climate crisis demands because time is not on our side.”

Earlier this year, a comptroller’s office analysis revealed that, as of March 31, the City had spent only 54 percent of a combined $14.7 billion in federal Sandy funding, including money allocated to repair infrastructure, help homeowners recover, and implement large-scale resiliency projects. In “Safeguarding our Shores: Protecting New York City’s Coastal Communities from Climate Change,” Stringer details what he has characterized as the imminent threat posed by rising sea levels and the City’s slow pace of investment on essential resiliency projects.