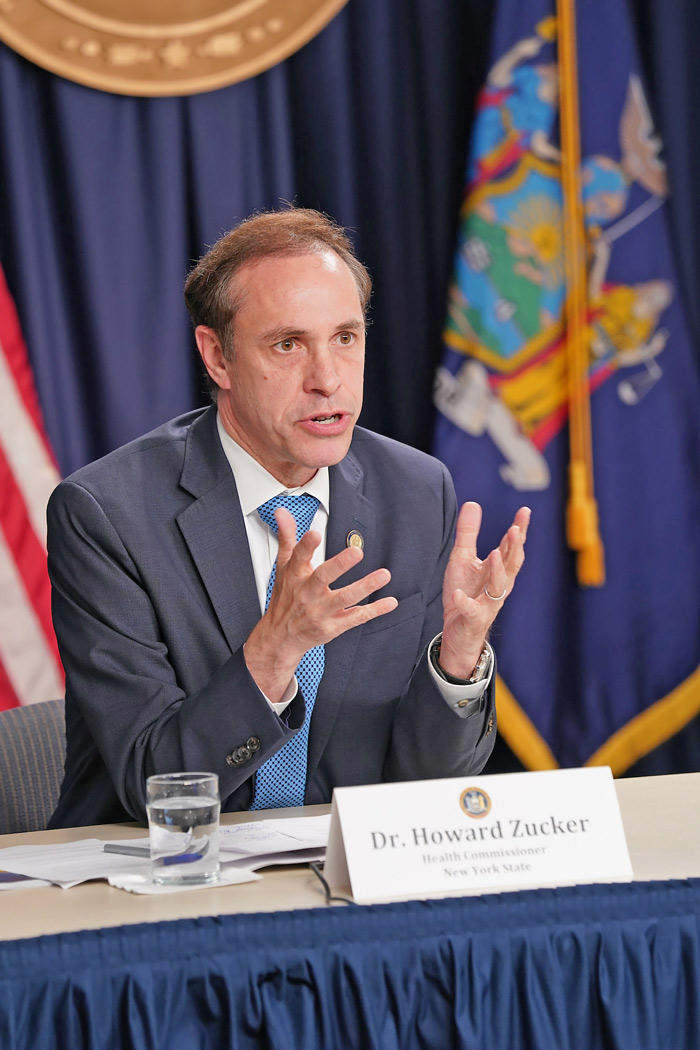 “E-cigarettes have been implicated as a key indicator in the upward trend of the use of tobacco products among youths in recent years,” DOH Commissioner Dr. Howard Zucker said on Sunday. “These regulations will help curb this dangerous trend.”

Governor Andrew Cuomo on Sunday announced an emergency executive action to ban the sale of flavored electronic cigarettes in New York—the latest salvo in his war with vaping companies that, as Cuomo said, are marketing flavors that are intended to get children addicted to nicotine.

In an emergency meeting on Tuesday, the State Public Health and Health Planning Council voted to approve the ban.

Cuomo has directed State Police and the State Department of Health to immediately partner to ramp up enforcement efforts against retailers who sell to underage youth, with the possibility of criminal penalties. The governor also announced he will advance legislation in Albany’s next session to ban deceptive marketing of e-cigarettes to teens and children.

According to the administration, the State Police and DOH will conduct undercover investigations across New York under The Adolescent Tobacco Use Prevention Act, which enlists underage youth to attempt to buy tobacco and e-cigarette products. Retailers found selling tobacco and vaping products to underage individuals will now face criminal penalties in addition to civil penalties. When the legislation signed in July is effective on Nov. 13, these sweeps and compliance efforts will continue with a renewed focus on sales to those under age 21, Cuomo noted.

According to the State, the “dramatic” increase in use of e-cigarettes by youth is driven in large part by flavored e-liquids, and flavors are a principal reason that youth initiate and maintain e-cigarette use. According to DOH data, nearly 40 percent of 12th grade students and 27 percent of high school students in NY are now using e-cigarettes, and this increase is largely driven by flavored e-liquids. High school use in 2018 (27.4 percent) is 160 percent higher than it was in 2014 (10.5 percent). While New York’s high school student smoking rate dropped to a record low of 4.3 percent in 2016 from 27.1 percent in 2000, aggressive marketing promoting flavored e-cigarettes stands to turn that trend, State officials posited. Flavoring is a key youth marketing strategy of the vaping/aerosol industry just as it is in the cigarette, cigar and smokeless tobacco markets. E-cigarette marketing highlights flavors such as mint chocolate, bubblegum and cherry cola, which, State Health officials noted, creates a “deceptive belief” that they are not harmful to users. In a 2017 survey of 15- to 17-year-olds in NY currently using e-vapor products, 19 percent said that flavors were the reason that they first tried an e-cigarette and 27 percent said flavors were the reason for maintaining use. Studies also show nearly 78 percent of high school students and 75 percent of middle school students report being exposed to pro-tobacco marketing in 2016.

“E-cigarettes have been implicated as a key indicator in the upward trend of the use of tobacco products among youths in recent years. These regulations will help curb this dangerous trend and will further safeguard the health of all New Yorkers, especially among underage youths,” said NY DOH Commissioner Howard Zucker, M.D.