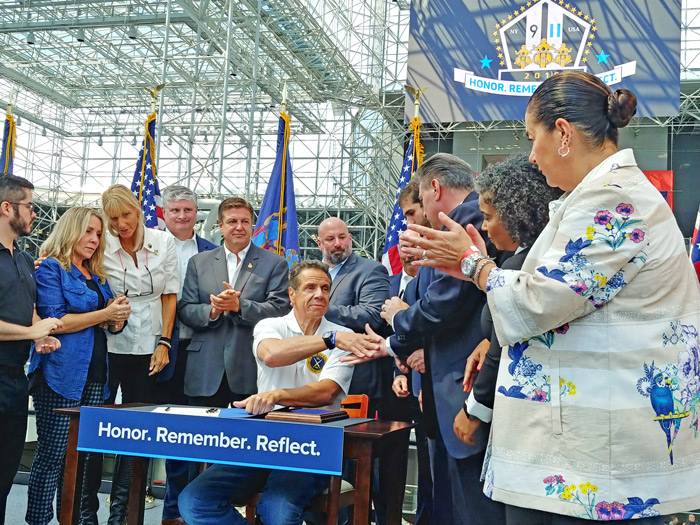 Last Wednesday, a group of borough elected officials marked the 18th anniversary of the Sept. 11, 2001 terrorist attacks on the United States by joining Gov. Andrew Cuomo in Manhattan as he signed six bills—on Empire State first responders, that fateful Tuesday morning, and its harrowing aftermath—into law.

“The 100,000 brave men and women who showed up to help on 9/11 deserve to be taken care of the way they took care of us, and we’re not going to leave them alone because they are American heroes,” the governor said at the 7th Annual 9/11 Motorcycle Ride and ceremony in Manhattan.

The package of measures that are now officially on New York’s books include laws that:

“Southern Queens and Rockaway faced an enormous loss of life following 9/11, and I believe that it is our responsibility to protect those that bravely and unselfishly protected us,” said Assemblywoman Stacey Pheffer Amato (D-Howard Beach), “and these laws accomplish just that.”