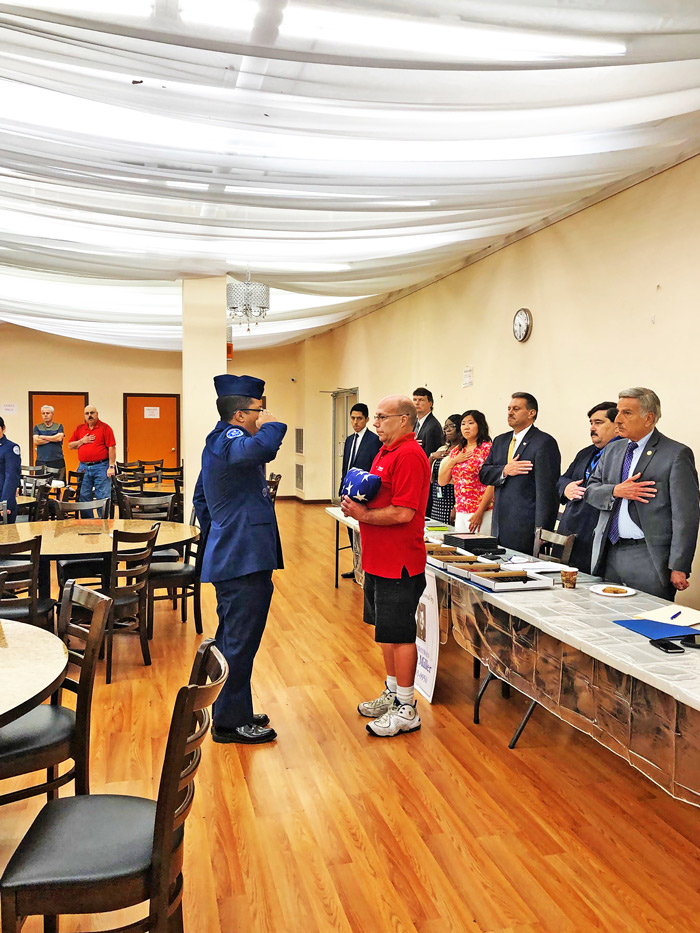 The Glendale Kiwanis and Assemblyman Mike Miller (D-Woodhaven) recently recognized borough residents who have served the country in the Armed Forces and their communities at home at the annual Veterans Breakfast at Deshi Senior Center in Ozone Park.

Mary Murray, wife of Cpl. John Murray from Woodhaven Post 118, also was presented with a plaque and citation honoring her late husband.

“Our veterans have given us our freedom and have secured our way of life,” Miller said. “They have sacrificed their time with their families; have been abroad on tours during the holidays and served thousands of miles away from our country. They defended us from our enemies and kept us out of harm’s way abroad and on our soil.”