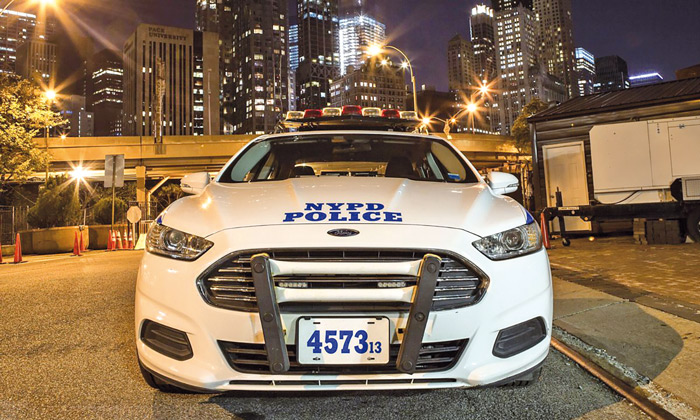 If convicted, Bailey faces up to 15 years in prison.

An off-duty City police officer has been charged with selling and possessing cocaine, in addition to other crimes, for allegedly providing security on two occasions earlier this month when cocaine was transported from various locations within Queens, according to Acting Queens District Attorney John Ryan.

“When an individual officer intentionally tarnishes the shield worn proudly by thousands before him, he will be held to the highest account the law provides,” said Police Commissioner Jim O’Neill.

According to the charges, on Aug. 27, Bailey met with an individual whom he believed was a drug dealer. The “dealer” was actually an undercover police officer. The two discussed transporting drugs within Queens. Bailey allegedly agreed to provide security as cocaine was being taken from one point in the borough to another. For his services, Bailey allegedly agreed to a cash payment for each kilogram of cocaine he secured.

According to the complaint, on Sept. 4, Bailey met with the same “dealer” in Astoria. Bailey allegedly held open a black-and-red duffle bag as three packages were placed inside the bag—one package was a kilo of cocaine and the other two were fakes. Bailey was paid $2,500 and the bag was transported to a parking lot in College Point, where an individual—another undercover police officer—took possession of the duffle bag.

According to the charges, on Sept. 12, Bailey allegedly provided his security services for cash. Bailey met with the same undercover officer in Astoria. This time, he was given $10,000 cash to pick up two kilos of cocaine from a location in Maspeth. Bailey met with a second individual at the designated meeting spot and gave the cash to the individual there and retrieved two packages—one package was a kilo of cocaine and the second package was a fake.

“The defendant—a 12-year veteran of the police department—took an oath to enforce the law. Today, sadly, he is accused of taking part in an illicit drug operation,” Ryan said. “This kind of malfeasance will not be tolerated. I want to thank the NYPD’s Internal Affairs Bureau for their hard work on this case.”

O’Neill added, “In this case, the first-class investigators of the NYPD’s Internal Affairs Bureau identified an officer who allegedly betrayed his sacred oath to the department and to the City and built a case to weed him out. In partnership with members of the Integrity Bureau of the Queens District Attorney’s Office, IAB has again proved that there is no place for corruption within the NYPD.”

If convicted, Bailey faces up to 15 years in prison.