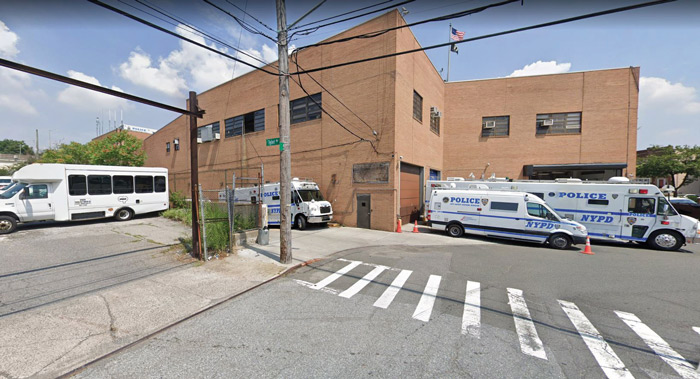 The NYPD Building Maintenance Section Facility on 59th Street in Flushing is the only Queens building on the list of nine City facilities set for deep energy retrofitting.

Nine City facilities will soon undergo deep energy retrofits and another 28 will be identified for future retrofits, the de Blasio administration recently announced.

According to the City, nearly 70 percent of greenhouse gas emissions in the five boroughs can be attributed to the energy used to power, heat, and cool buildings. Deep energy retrofits take a comprehensive, whole-facility approach to make these buildings more energy efficient. A deep energy retrofit aims to achieve a 50-percent or greater reduction in building energy usage and can reduce carbon emissions 30 percent or more. Deep energy retrofits can include improving building insulation, adopting designs that result in more increased natural daylight and better ventilation, upgrading electric fixtures, and automating control of heating and cooling systems.

The retrofitting projects announced today will be completed by 2025, according to the administration.

In addition to the nine facilities that will soon begin retrofitting work, DCAS will conduct audits of other City buildings, including public schools, court houses, office buildings, police precincts, and NYC Health + Hospitals facilities to identify the most impactful targets for future deep energy retrofitting.

“Deep energy retrofits are the next frontier in the fight against climate change,” said Mark Chambers, director of the Mayor’s Office of Sustainability. “We’re crossing the threshold with these aggressive measures that will slash emissions and save taxpayers money.”

According to the administration, the retrofits announced today will help the City achieve goals established by Local Law 97 of the Climate Mobilization Act. This law will lead the City to reduce emissions from government operations by 40 percent by 2025 and 50 percent by 2030. Achieving these goals will include retrofitting in every City facility with significant energy use, installing solar panels to generate 100 MW of energy on City property, and adopting other cleaner forms of energy.

“Here in New York City, we recognize our climate crisis for what it is—an emergency—and also that what matters most is not words, but action,” said Daniel Zarrilli, NYC’s chief climate policy advisor and OneNYC director. “By retrofitting City facilities, we are demonstrating to the world the tangible steps that can be taken at the local level to confront our climate crisis. These bold actions announced today show the progress we are making on the commitments laid out in OneNYC 2050 as we continue building a strong and fair city for all New Yorkers.”