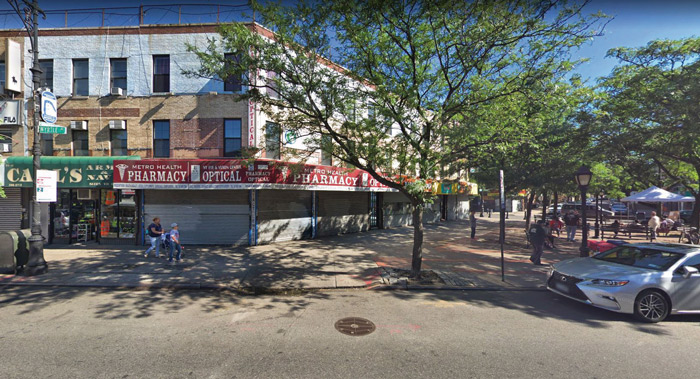 The Buildings inspector informed DOI that he had just been offered $400 in exchange for not issuing various DOB violations at 55-43 Myrtle Ave. in Ridgewood.

Two contractors have been arrested in Ridgewood for allegedly offering a bribe to an inspector from the City Department of Buildings, Department of Investigation Commissioner Margaret Garnett announced Tuesday.

Ismail Mohammad Hassan, 22, and Mohamed Ali Hassan, 50, both of Brooklyn, were arraigned Monday evening on a criminal complaint charging them with third-degree bribery. They were released on their own recognizance and ordered to return to court on Oct. 28.

The Office of Acting Queens District Attorney John Ryan is prosecuting the case.

The bribe offer was an unsuccessful effort to evade violations for the failure to obtain the requisite construction permits from DOB and the failure to follow safety protocols that protect tenants during construction renovations, according to the investigation. A DOB inspector reported to DOI that he had been offered a bribe, initiating DOI’s investigation. As a result, according to the complaint, DOI investigators were able to work with the inspector, place him under surveillance, and catch Hassan and Hassan in the act of allegedly offering money to circumvent receiving any buildings violations.

According to the charge and DOI’s investigation, the matter began Monday morning with a tip from a DOB Inspector who informed DOI that he had just been offered $400 in exchange for not issuing various DOB violations at 55-43 Myrtle Ave. in Ridgewood. As a result of that report, when the inspector returned to the site to speak with the defendants about the building violations he was already under DOI surveillance. At that time, Mohamed Ali Hassan removed a sum of money from his pocket, handed it to Ismail Mohammad Hassan, who then placed that sum of money—$290 in cash—in the DOB inspector’s hand. The inspector asked where the extra $100 was that had been previously discussed and Mohamed Ali Hassan said if the inspector came back later the defendants would provide the rest.

“This investigation shows how quickly corruption can be stopped when City employees embrace their mandate to report wrongdoing to DOI,” Garnett said. “Working together, DOI and this Buildings inspector made this city safer, as work has now been stopped on the site until the buildings violations have been addressed. I commend this DOB inspector who stood up for integrity and for all New Yorkers. And I thank the Queens District Attorney’s Office for their partnership in prosecuting this matter.”

Garnett noted that third-degree bribery is a class D felony punishable by up to seven years in prison.

Founded in 1873, DOI serves as NYC’s independent inspector general. As a law enforcement agency, DOI’s major functions include investigating and referring for criminal prosecution cases of fraud, corruption and other illegal activities by City employees, contractors and others who do business with the City.