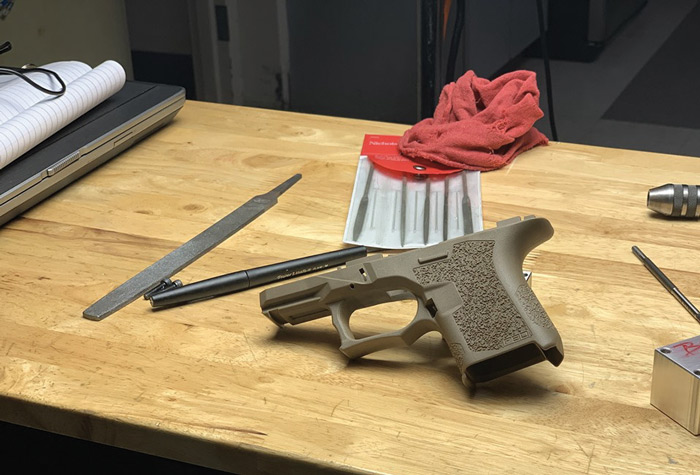 “Ghost guns” may be produced largely or even entirely from plastic, which can render them undetectable by traditional security scanning systems.

The City Council recently voted in favor of legislation to ban the possession of unfinished frames or receivers used to create so-called “ghost guns.”

According to the Giffords Law Ceter to Prevent Gun Violence, ghost guns include firearms assembled from kits or made with 3D printers. These weapons may be produced largely or even entirely from plastic, which can render them undetectable by traditional security scanning systems. Ghost gun purveyors thus provide access to untraceable, undetectable firearms to individuals who have not passed—and potentially could not pass—a background check.

Introduction 1553-A would make it a misdemeanor to possess an unfinished lower receiver, which is a piece of metal that can be ordered online and turned into a gun with tools available in any hardware store.

“Every year in this country, thousands die from gun violence and tens of thousands are injured. While New York City stands out for its common-sense gun laws and declining homicide rate, a critical loophole in gun safety has emerged in the form of ‘ghost guns’” said Councilwoman Helen Rosenthal (D-Manhattan), the bill’s sponsor. “Through my and Council Member Miller’s legislation, New York City can join with California and New Jersey in closing this loophole, and set an important precedent for other cities and states to follow. We cannot go backwards when it comes to gun violence. We must take every possible measure to block untraceable weapons in New York City.”

Introduction 1548 would require the City Police Department to report on the number of seizures of ghost guns and 3D-printed guns, which can also be made at home using materials and equipment that anyone can buy online.

And Resolution 866-A calls on Congress to reintroduce and pass the 3-D Firearms Prohibition Act and calls on the President to sign it. The 3-D Firearms Prohibition Act, sponsored by U.S. Rep. Frank Pallone, Jr. (D-N.J.)in the 2017-2018 House session, would prohibit the sale, acquisition, distribution in commerce, or import of do-it-yourself firearm parts and kits, the marketing of such kits, and would require homemade firearms to have serial numbers. Firearm receiver casting, blanks, and unfinished handgun frames would be considered banned hazardous products under the Consumer Product Safety Act. The advertising or marketing of on any medium, including the Internet, for the sale of DIY assault weapons parts or kits would be unlawful.

“The ability for criminals to get their hands on dangerous and virtually untraceable ghost guns is unacceptable, and the package of legislation being voted on today will serve to curtail this emerging threat. In my Southeast Queens district, as well as throughout the City, we have witnessed a troubling uptick in gun-violence. We must continue to be proactive in keeping our communities safe, and I thank my colleagues Council Member Rosenthal, Speaker [Corey] Johnson and the administration for their partnership in that effort,” said Councilman I. Daneek Miller (D-St. Albans), sponsor of Intro. 1548 and Resolution 866-A.

According to the NYPD, since 2017, the department has seized 67 untraceable firearms in the five boroughs.