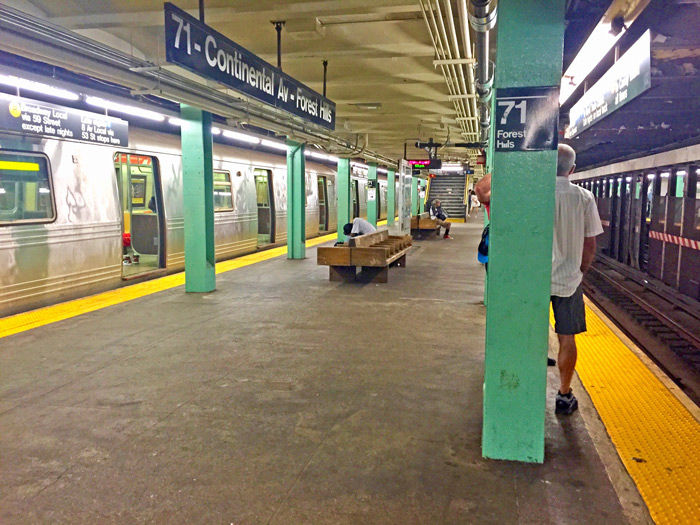 Allah has admitted to shoving and hurling homophobic slurs at a woman as she rode a Manhattan-bound E train in Forest Hills last November.

Allasheed Allah, 54, pleaded guilty last Wednesday to one count of third-degree assault as a hate crime. The judge indicated she will sentence Allah to 1 to 3 years in prison on Nov. 7.

According to the charges, shortly after 5 p.m. on Nov. 20, 2018, at the 71st Avenue subway station in Forest Hills, Allah began to argue with a 20-year-old woman. The victim was on a Manhattan-bound E train with a female friend, who kissed her on the cheek. Allah, seeing this, yelled out “kiss her again you dyke bitch!” and followed the pair as they exited the train.

According to court records, Allah walked behind the victim and struck her once in the head and chest, shoving her into a nearby pole. The contact caused the woman to hit both the pole and the floor. As a result of the attack, the victim sustained multiple injuries to both her head and back. She has recovered from the injury, Ryan noted.

According to the charges, when questioned by police, Allah admitted to pushing the victim because she was “disrespecting me with all that gay (expletive).”

“In pleading guilty, the defendant has admitted to attacking a woman solely based on his belief that she was gay. This kind of hate-inspired assault is intolerable and we won’t stand for it here in Queens County—the most diverse county in the country,” Ryan added. “The defendant will go to prison as a result of this vicious attack. The victim, I am happy to say, has recovered and hopefully will be able to put this horrible incident behind her forever.”