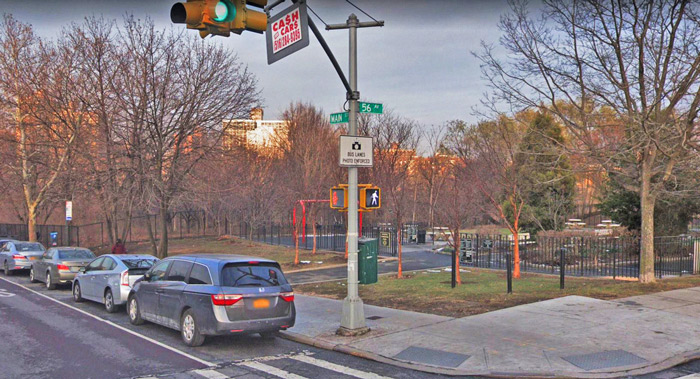 Lum pulled his unconscious girlfriend out of his car at 56th Avenue and Main Street, where first responders administered Naloxone to the woman and transported her to a nearby hospital.

A borough grand jury has indicted a Long Island man for allegedly distributing cocaine, Xanax, and heroin—in at least one case laced with fentanyl—to a woman and a man on two separate occasions, and in both instances the victims overdosed and died in April 2017 and March 2018, respectively, Acting Queens District Attorney John Ryan announced Thursday.

Justin Lum, 30, of Great Neck, has been arraigned on a 15-count indictment charging Lum with three counts of second-degree manslaughter and multiple counts of third- and fifth-degree criminal sale of a controlled substance. Lum was remanded and ordered to return to Court on Dec. 11.

According to the charges, on April 27, 2017, Lum supplied heroin to his girlfriend, Brooklyn resident Patricia Collado, 28, at a movie theater in College Point. The two watched a film and allegedly got high snorting lines of heroin off a cell phone screen. After the movie, Lum and Collado left the area and again allegedly used heroin supplied by Lum inside a parked car, when the victim suddenly stopped talking and passed out. Lum pulled the unconscious woman out of the vehicle at 56th Avenue and Main Street, where first responders administered Naloxone to the woman and transported her to a nearby hospital.

According to the charges, Lum stayed at Collado’s bedside at the hospital and when she was discharged shortly after 11 p.m. the couple went to Lum’s grandfather’s home on Colden Street in Flushing. There, the two allegedly snorted more heroin supplied by Lum and Collado again went into cardiac arrest—however this time Lum did not call for medical attention and attempted to “stabilize her” and said that he “didn’t want to call the ambulance again.” For an hour, as Collado foamed at the mouth, Lum allegedly consumed more drugs and went to sleep. Shortly after 8 a.m. the next morning, Lum awoke to find Collado beside him unconscious with foam bubbling from her mouth. Only then did Lum call 911 and administered CPR per the instructions of the medical dispatcher on the phone. By the time emergency medical technicians arrived Collado was dead. An autopsy performed on her remains concluded she died from acute intoxication due to the combined effects of fentanyl, heroin, and cocaine.

According to the charges, less than a year later in March 2018, Lum allegedly supplied heroin to Calvin Brown, who lived in Bayside. Brown was inside Lum’s Great Neck residence on March 1, 2018, when he consumed drugs allegedly provided by Lum and immediately had a medical emergency. Lum called 911 and gave the 24-year-old man CPR until first responders arrived. Brown was taken to an area hospital for treatment and survived the near fatal overdose.

According to the charges, Brown was discharged from the hospital on March 6, 2018. Three days later, Brown returned to Lum’s home and allegedly got more heroin from him; Lum said that the victim needed it so much that he gave it to him to get him to go home. The next day, Brown was found by his mother in his bedroom, seated in a chair with his head slumped onto a desk. He was dead. An autopsy performed on the victim’s body showed the cause of death was acute intoxication from the combined effects of heroin, Xanax, diazepam, and phenobarbital.

An investigation that began following the death of Collado included recorded conversations between Lum and another individual known to the District Attorney’s Office. On April 9, 2018, Lum was heard allegedly telling that individual—whom he was allegedly selling drugs to—that if he died “You’d be technically my third body. I woke up next to my ex-girlfriend, like OD’d. The thing is, I saved her the night before.” Lum allegedly continued with the conversation, saying that “this other kid I saved too. Just like three weeks ago… He just sniffed a line and then passed out. I did the chest compressions.”

According to the charges, Lum allegedly told the individual that he was safe from prosecution because of the “Good Samaritan law. I can’t get in trouble.”

“The dealers who profit from distributing these drugs bear responsibility when their clients die. This defendant thought he was safe from prosecution,” Ryan said. “He was dead wrong.”