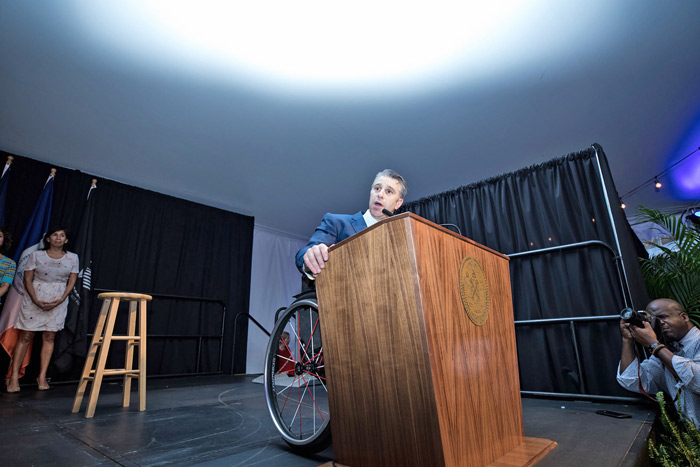 “In order to lower the unemployment rate for people with disabilities we need to change the culture in the workplace,” said Victor Calise, commissioner of the Mayor’s Office for People with Disabilities.

People with disabilities in the five boroughs face higher rates of unemployment, poverty, and lower earnings than those without disabilities, according to a report released Thursday by State Comptroller Tom DiNapoli.

“There is a stark disparity in employment rates and wages for people with disabilities,” said DiNapoli. “A recent study shows that when businesses embrace disability inclusion, it benefits the corporation and its shareholders. There are some positive signs that companies are opening up jobs to people with disabilities, but more needs to be done to get employers to recognize that inclusion is a smart business decision. Fortunately, New York City is moving in the right direction with progressive leadership on this important issue.”