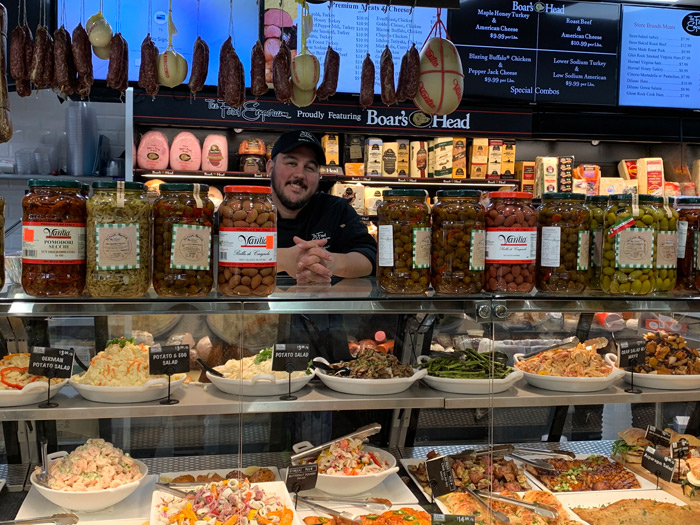 Head Chef Chris Bielli smiles behind the “case” that has quickly become a centerpiece of the store, showcasing a cornucopia of prepared foods and specialty items that keep customers coming back for more.

Any expectation and anticipation by the community at large for the three-day grand opening celebration of The Food Emporium was largely exceeded as the festivities got underway last Friday at the Howard Plaza Shopping Center. 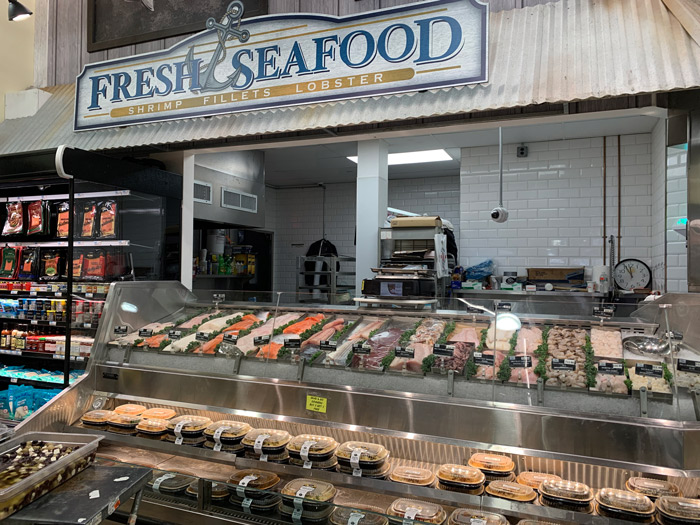 A selection from the sea that is anything but what shoppers have come to expect at the supermarket level. Purchasing, display and quality in the seafood department rivals that of independent specialty fish markets.

Free food, beverages and a variety of giveaways from a host of vendors including Red Bull, Nabisco, Café Bustelo, Boar’s Head along with a life sized Oreo, Chester Cheetah and other characters entertained thousands of patrons who filtered through the store over the weekend, all eager to see the new level of shopping just introduced to the community. Children were delighted with the balloon creations of Nick the Balloonatic as well as face painting and other activities and games planned for them throughout the course of the weekend. 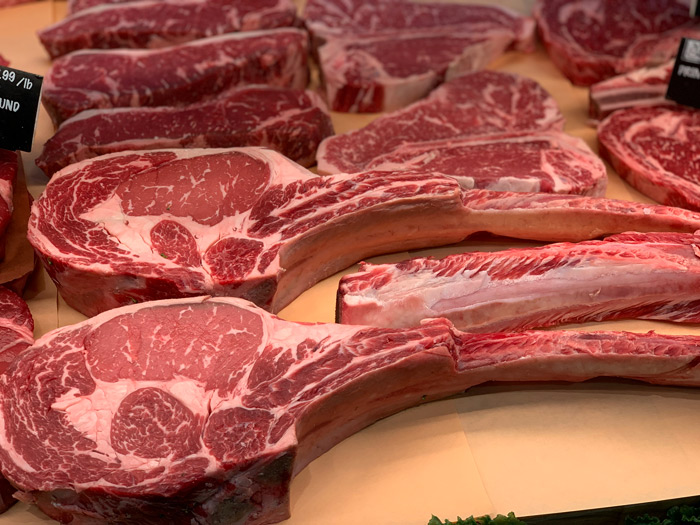 But nothing drew as much attention as the store’s sparkling interior revealing one spectacular department after another. Patrons were left awestruck in the face of the deli and prepared food department, its glass showcases housing an array of imported delicacies, in addition to a complete line of Boar’s Head premium meats and cheeses, store made salads, vegetables and meat and fish entrees.

The scent that wafts from Frank Cardinali’s hand crafted loaves leads customers directly to the store’s bakery that is causing a sweet stir for customers who are thrilled to keep coming back.

Food Emporium owners, Frank, Anthony and Richie Almonte all agree that the uniqueness of the store is attributed not only to the design and the merchandising but the “cast of characters” that work together every day to create the taste and atmosphere they hope will continue to thrill customers. “We are fortunate enough to have assembled a team that loves this business as much as we do,” said Frank Almonte. “They strive for perfection in everything they do and it shows in the presentation and the tastes they create. We are truly blessed to have them.” 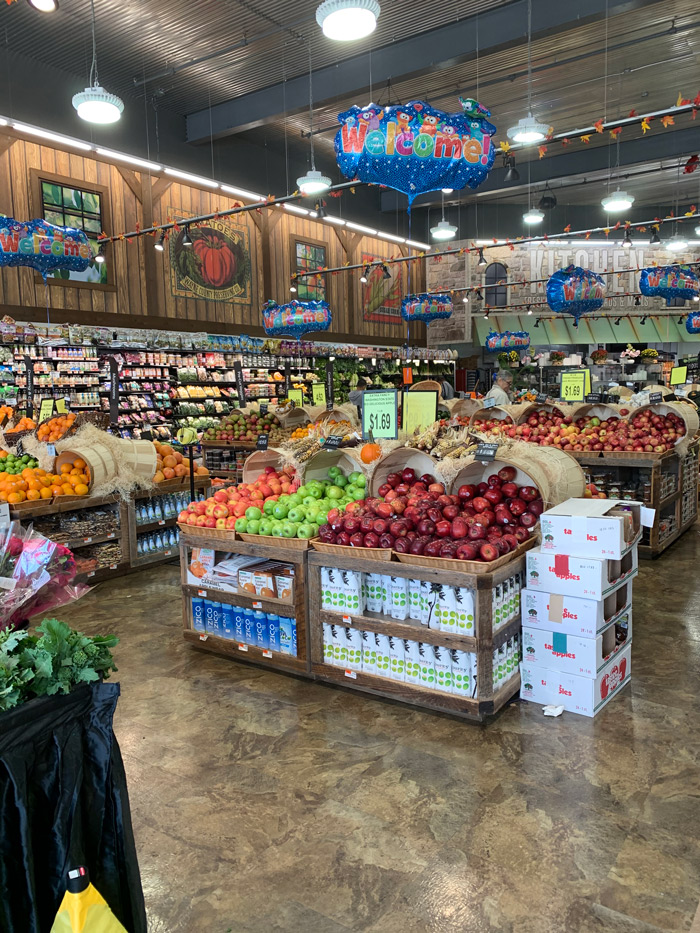 The collection of fruits and vegetables from around the world represents the commitment to quality and presentation that is quickly becoming the hallmark of Food Emporium.

Head Chef Chris Bielli says his goals for the department are centered on bringing quality food from all parts of the world into his “case” so that customers can come in and pick up their dinner. “People have so little time to cook for their families or themselves these days,” says Bielli. “We want them to have the opportunity to come here and get anything they want and know they don’t need to be concerned about taste or quality because that’s what we are here for. Feeding people and making them happy.” 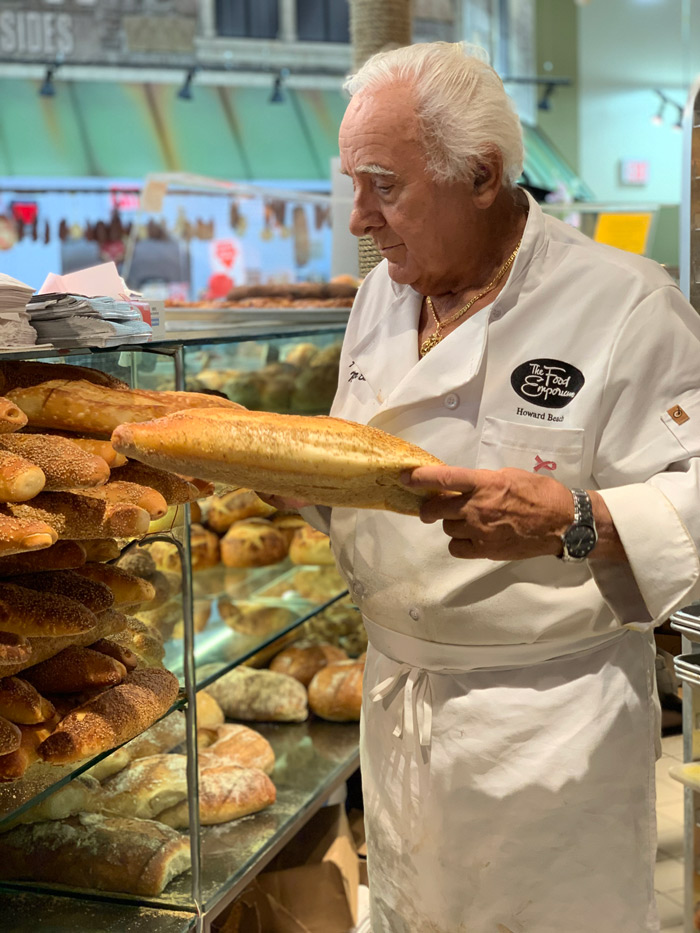 After more than six decades of baking bread, Frank Cardinali says there is always something to learn and creating one of his delicious loaves still gives him a feeling like no other.

The chef says the key to the success of his culinary team, comprised of about 12 people, is that everyone has the passion and the heart to create great food. The father of two says his long hours are well rewarded every time he looks at the case or overhears a customer saying how much they love the food.

Across the way from the deli and prepared food counter is what many are saying is the crown jewel of the store. Its bakery, where the bread, cakes, cookies, pies and pastry have become the talk of the town. 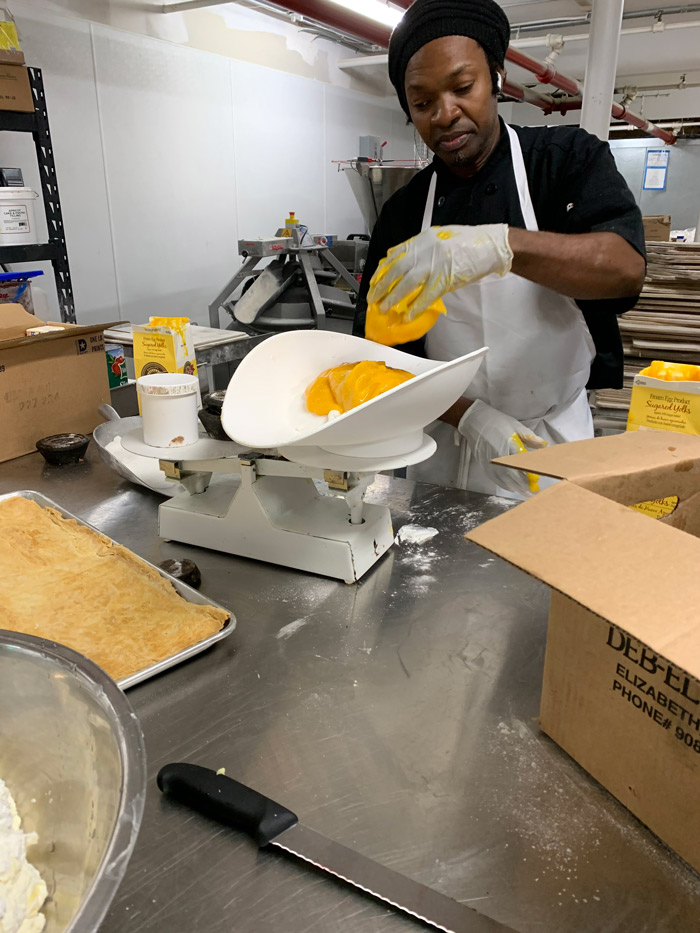 Pastry Chef Douglas Brown has no complaints about the 12 hour days he sometimes puts in developing his original and masterful confections that continue to wow patrons. “This is not a bakery department,” says Brown proudly, “this is a bakery.”

Master bread baker Frank Cardinali always knew his passion was baking. It began in his native Italy in the town of Genoa where he worked in the basement of a bakery, cleaning the bathroom and the floors. “I watched and listened while I did my work and they taught me how to make bread.”

When Cardinali came to America he took a job in a bakery honing his craft on Long Island. He stayed there for a few years, creating his own recipes and learning everything he possibly could. But his passion was accompanied by a desire to travel across America and see the country. He found the means to do just that and became a truck driver for the next 8 years. But eventually the travel gave way to his first love, baking bread and he returned to Long Island and opened Cardinali Bakery in Carle Place. He sold it along with another Cardinali bakery he opened in Syosset after 32 years. Both are still baking today.

After his semi retirement, Cardinali began teaching young bread bakers in various market settings. He was completely retired after that for about five years when he was introduced to Frank Almonte and asked to join the team at Key Food to create a bakery department specializing in his bread. 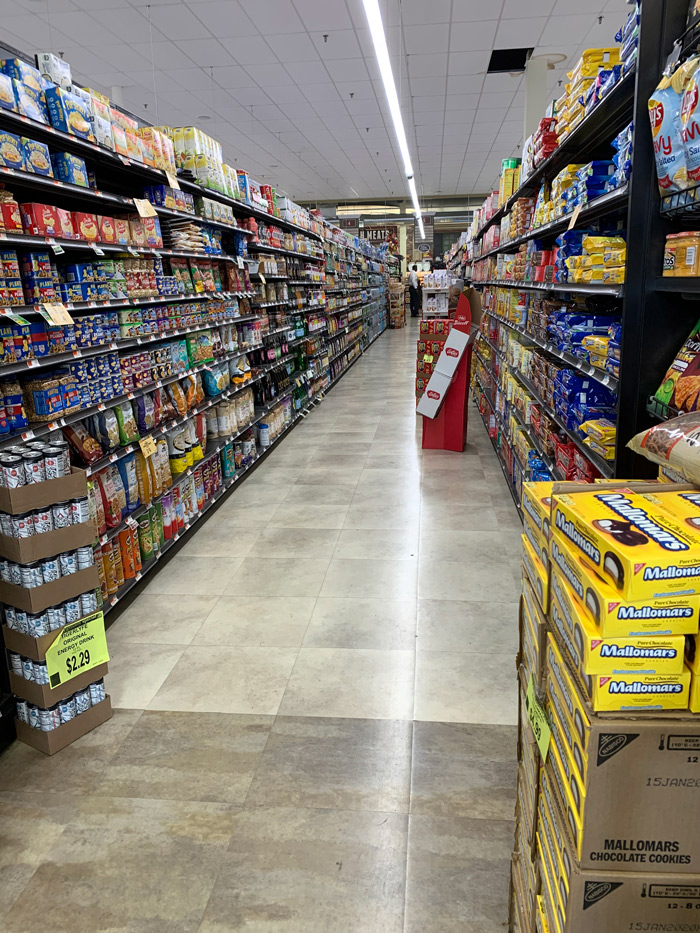 Once again his passion led him to a new venture, one he says has made him “happier than any other work before.” After baking for the last 63 years Cardinali is still inspired handcrafting hot loaves of Italian, semolina, olive, prosciutto breads and rolls. And of course his favorite. “The ciabatta is like no other bread. You have to age the dough for six hours before you work it.” The way he describes the bread lets you know that there is a reason his bread tastes the way it does. There is a piece of his heart in every crust.

When asked what keeps him going six days a week 10 hours a day, Cardinali says it’s simple. “This job you have to love. If you don’t, you don’t belong.” As sure as this is among the best bread you will ever taste is as sure as one other thing, Frank Cardinali belongs.

In addition to the bread at the bakery, when pastry chef Douglas Brown joined the team, the pot got sweetened. Baking for the last 30 years, Brown has sent customers reeling with his creativity that is evidenced in both presentation and taste.

His personal passion is in creating unique pies, of which his absolute favorite is sour cream and apple. Brown’s experience comes from three decades of tasting, testing and formulating spins on different taste.  Most recently Brown was a partner at Martha’s Country Bakery before joining the team at Food Emporium. A huge smile comes across Brown’s face when he describes the customer’s reaction to his baking. “It’s crazy. The customers are so pleased. It just makes your heart pump when they tell you how much they love your work.”

As different as the personalities and experience of all the main players are in this cast, one thing is very clear. The common thread shared by all is the praise, appreciation and respect they have for the Almonte’s.  Perhaps it is Cardinali who described it best. “When you work with people that give you trust and free reign to do what you do best, it helps you to be your best to do your best. They are great and most importantly respectful people. That is why this store will be a great success.”

While Cardinali’s talents as a baker are very apparent, he also seems to have a gift for prophecy. If what has just begun continues in the same direction, it will be a destination that brings a much-needed presence to a deserving community for a long time to come.