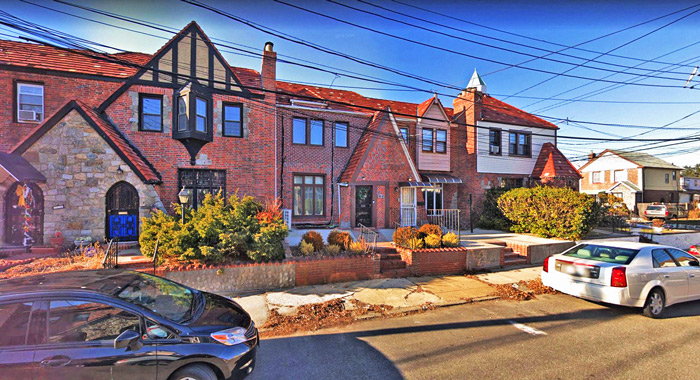 The first victim was allegedly knocked unconscious after Michael Hosang, 53, offered her a ride home and then brought her to Queens from New Jersey and raped her. The second alleged assault occurred in May 2019, when another woman was beaten and tortured for six hours, Ryan said.

According to the charges, on Thursday, May 30, around 6 a.m., Hosang allegedly punched the 30-year-old victim. He followed up the first strike with repeated blows to her face and body and then allegedly placed her in a choke hold, ripped off her clothes, and raped her vaginally and anally for hours. She broke away from him at one point, rushing for the door to escape—but Hosang caught up to her. He cornered the woman and allegedly dragged her back to the upstairs bedroom.

According to the charges, inside that bedroom the woman’s wrists were handcuffed to the wall and her legs tied with a cord. Hosang allegedly continued to sexually assault her for several hours. He also allegedly told the woman several times that he was going to kill her. At one point, Hosang left the room; the woman managed to pull her hands free from the cuffs and escaped by jumping from a second-story window and then climbing down a pipe. Naked, bruised, and battered, the victim flagged down a man driving by, who called 911.

The woman was treated at a borough hospital for multiple injuries, including a fractured cheekbone.

According to the charges, shortly after 1 a.m. on Sept. 29, 2017, Hosang hounded a woman to attend a party with him. After frequent denials the then-38-year-old woman agreed and got into Hosang’s car in New Jersey. Once inside the vehicle, Hosang allegedly punched her and knocked her out cold. When she awoke, she was in Queens, outside Hosang’s 227th Street home. He allegedly forced her inside the house and raped her. Hosang is alleged to have continued the attack by dragging the woman upstairs, but she managed to grab her cell phone and ran into a closet where she tried to call 911. However, the phone’s battery died. But she insisted to Hosang that she’d successfully reached the police, so he permitted her to leave.

After the May 2019 attack, Hosang fled his home and traveled more than 3,000 miles to Bellingham, Wash. He was apprehended there on June 20, 2019. After an extradition hearing, Hosang arrived in Queens earlier this month.

“What these women endured was horrendous,” Ryan fumed before describing the details of one of the attacks as “so vile and unconscionable, what she allegedly experienced is beyond belief. The defendant will be held accountable for the terror he reined on these two women.”

If convicted, Hosang faces up to 50 years in prison.