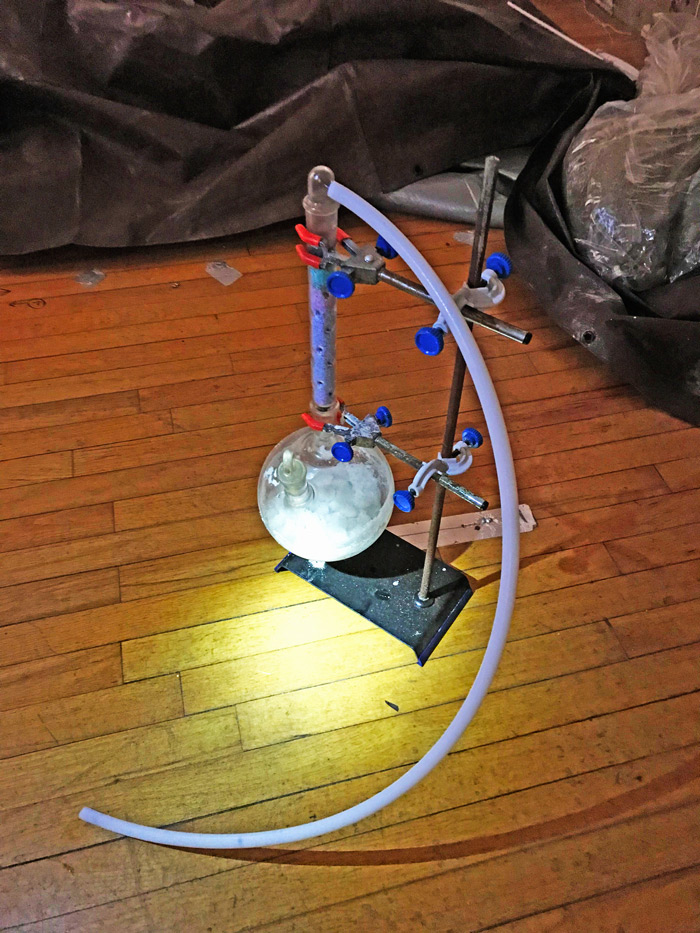 A search of Guida’s Mastic residence revealed barrels of chemicals, along with beakers, test tubes, and powders that are consistent with the production of ecstasy for sale.

Joseph Guida, 45, who lives in Elmhurst, faces up to 20 years in prison when he’s sentenced later this year.

According to court filings and facts presented at the plea proceeding, between November 2013 and December 2018, Guida used a house in Mastic to manufacture ecstasy and marijuana for resale. In December 2018, U.S. Customs and Border Protection officers intercepted a package containing PMK methyl-glycidate, a MDMA precursor, that was mailed to Guida’s Elmhurst apartment from China. Federal agents then interviewed Guida, and he admitted that he ordered the PMK from China and used the Mastic residence as an ecstasy “cook lab” and marijuana grow-house.

A subsequent search of the Mastic residence by law enforcement agents, some wearing protective haz-mat suits, revealed barrels of chemicals, along with beakers, test tubes, and powders that are consistent with the production of ecstasy for sale, as well as approximately 36 marijuana plants and 1.3 kilograms of processed marijuana.

Brooklyn U.S. Attorney Richard Donoghue admonished Guida for turning “a house in a residential neighborhood into a drug factory, with total disregard for the danger posed to his neighbors by the volatile chemicals used to manufacture ecstasy.”

As part of his guilty plea, Guida agreed to forfeit his interest in the Mastic residence and a Dodge

Durango that he used in connection with his drug operation, Donoghue added.