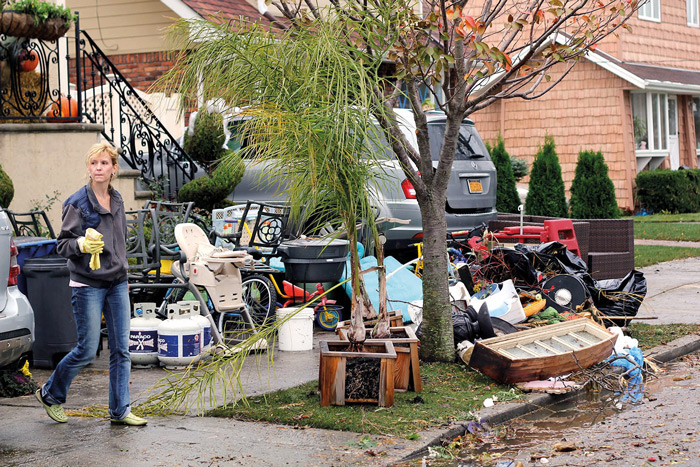 Around this time each year we often hear statements that begin with, “I can’t believe it’s been [x-amount] of years since…”

These words quite often preface comments on the Sept. 11 terrorist attacks or Superstorm Sandy and its aftermath.

Well, we can’t believe it’s now been seven years since Sandy seemingly blazed a path to oblivion through the heart of South Queens.

“Superstorm Sandy was one of the worst natural disasters to hit New York in decades, causing widespread damage and ultimately taking the lives of 61 people,” Gov. Andrew Cuomo said this week. “In its wake, New York came together to build back better and stronger than ever before. We’re providing assistance to thousands of homeowners and small businesses who were devastated by the storm and we continue to make our communities safer, stronger and more resilient so they can withstand the increasing threat of climate change and extreme weather. On the seven-year anniversary of Sandy, I ask all New Yorkers to remember those who lost their lives and those whose lives were forever changed by the physical destruction. New York stands with them now just as we did seven years ago.”

What is truly mind-boggling is how the City has allowed scores of Sandy victims to remain…VICTIMS.

As of March 31 of this year, the City had spent only 54 percent of a combined $14.7 billion in federal Sandy funding, including money allocated to repair infrastructure, help homeowners recover, and implement large-scale resiliency projects, according to a searing new report released in May by City Comptroller Scott Stringer.

“It’s not a question of whether New York will be hit by another superstorm like Sandy, but when. Yet [seven] years after Sandy hit, we still haven’t fully recovered and many of the City’s homes, businesses, schools and hospitals remain dangerously exposed to the next storm. We have to do more, and we have to do it now,” Stringer added. “Safeguarding our shorefront is not a priority we can kick down the road – it’s an emergency. Lives are at stake, homes and businesses are on the line, and futures hang in the balance. We need to act with the urgency that our climate crisis demands because time is not on our side.”

“Seven years ago today Superstorm Sandy ripped through communities like the Rockaways, Broad Channel, Howard Beach, and many others and left a path of destruction in its wake. Houses were flooded, businesses were shut down, and many people lost everything they worked their entire lives for,” State Sen. Joe Addabbo, Jr. (D-Howard Beach) said. “Even facing this disaster, we all came together as a community and helped each other rebuild through this extremely difficult time. And while today is a day to remember what this storm took from us, it is also a time to look at how far we have come since that day. We have helped hundreds of people rebuild their homes and businesses, and regain stability in their lives. However, more work is still needs to be done. We need to get to a point where we measure a storms effect not by years, but merely hours. To be prepared, not scared, of an impending storm. We must remain vigilant to ensure our communities are protected from future storms, so we do not have to feel the despair we felt in 2012 ever again. I look forward to working with officials on the city, state and federal levels in order to get us to that point.”

The time to act is now.