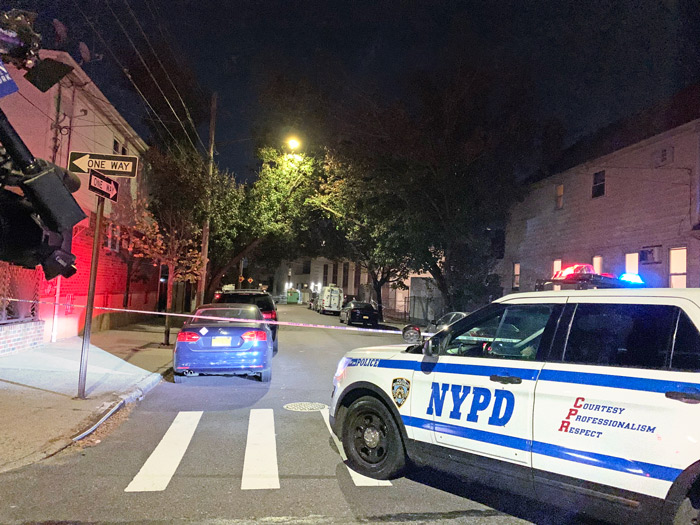 Donne “Rehanna” Dojoy was stabbed to death Friday night inside her former residence on Albert Road in Ozone Park.

An Ozone Park man Friday night fatally stabbed his estranged wife in their old Albert Road abode then drove to Spring Creek Park in Howard Beach and hanged himself, according to police and published reports.

An incessantly jealous—and apparently unhinged—Dineshwar Budhidat, 33, stabbed Donne “Rehanna” Dojoy, 27, multiple times before picking up his cell phone and texting the victim’s sister to inform her of the abhorrent act. He also told the sibling that she would find a spare key to the Ozone Park apartment under a flower pot near the front door. Dojoy’s body was discovered around 7:30 p.m.

After he stabbed his one-time paramour, Budhidat hightailed it to Spring Creek Park on 165th Avenue Howard Beach. Cops in a helicopter found his lifeless body hanging from a tree limb in a densely wooded area deep in the federal green space.

The evening reportedly began with an invitation from Budhidat to Dojoy “to watch a movie and ‘chill’ with Budhidat before her evening bartender shift” at Gemini’s Ultra Lounge in Ozone Park, according to the New York Post.

“Her friends don’t know what movie the two may have watched, or precisely what made the husband snap,” the Post story said.

Dojoy had moved out of the apartment in which she met her demise approximately two weeks prior to the murder.

Budhidat had a history of violence, including domestic violence. He was arrested this summer for choking Dojoy, according to authorities.

Friends of Dojoy have organized a crowdsourcing effort to collect cash to assist with funeral arrangements and expenses to fly her body back to her home country of Guyana.

“Rehanna was an amazing person and a good listener to anyone who wanted to be heard,” Kendell Ramjattan wrote on the GoFundMe page. “Her graceful demeanor touched the lives of everyone she came in contact with. She would be greatly missed. Unfortunately her life was cut short by domestic violence.”

For more information, visit the page at gf.me/v/c/vys2/my-friend-rehanna-dojoy.