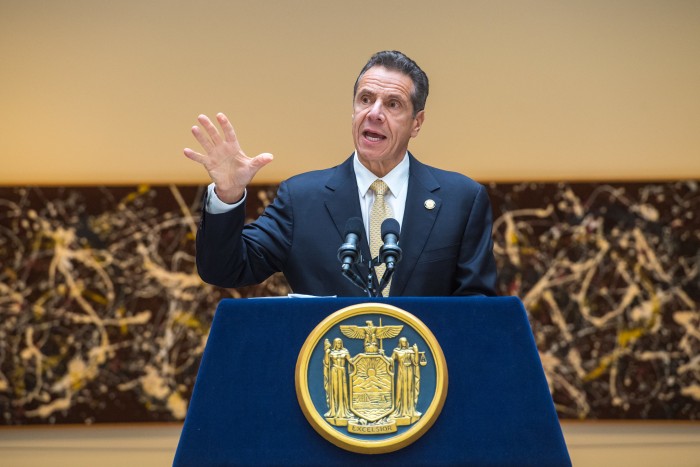 “Your fundamental legal obligation as mandated by your certificate of operation was to plan and provide for future needs,” the governor wrote to National Grid officials. “You failed by your own admission.”

Cuomo indicated that he came to this conclusion following National Grid’s failure to provide “adequate and reliable service,” including failing to address supply issues, neglecting the needs of their customers, stalling private development, and the associated diminution of tax revenues to local governments.

National Grid has repeatedly claimed that there are gas-supply constraints in the northeast, and it is unable to provide utility service without a new pipeline. Since NY vehemently opposes the proposed Northeast Supply Enhancement (a.k.a. Williams) Pipeline program for the Rockaway Peninsula—Empire State officials have shot down the plan three times—area customers are the ones that have been left, quite literally, out in the cold.

“The essential responsibility for a utility to provide adequate and reliable service is to manage the supply and demand. The very lack of supply you now point to as the reason for your denial of service to thousands of customers exhibits your failure to plan for supply needs. Your fundamental legal obligation as mandated by your certificate of operation was to plan and provide for future needs,” the governor wrote in the 874-word missive. “You failed by your own admission.”

Cuomo went on to characterize Nat Grid’s self-imposed moratorium as “either a fabricated device or a lack of competence.”

Elected officials that have been locking horns with National Grid for months said they appreciated the governor’s direct message.

“Whether Nat Grid shapes up, or an alternative provider is found, it is vital that the people are provided with reliable gas service,” State Sen. Joe Addabbo, Jr. (D-Howard Beach) said.

City Comptroller Scott Stringer applauded Cuomo’s letter because “it rightfully highlights the coercive and abusive tactics that National Grid undertook to try to drum up support for the environmentally backwards fracked-gas pipeline.”

“Rather than letting National Grid walk away with a fine or letting their franchise be taken over by an equally profit-driven competitor, the City and State should explore the feasibility of a public takeover of the natural gas system,” Stringer added. “We need to begin to responsibly develop plans to replace gas infrastructure with renewable and electric alternatives. After years of unchecked fossil fuel expansion, it’s clear we cannot count on the utilities being cooperative partners.”

Cuomo concluded his caustic message by positing two theories “to explain National Grid’s actions: Either National Grid was grossly negligent in relying exclusively on the speculative construction of a private pipeline to meet the demands that it was statutorily required to provide; or, National Grid deliberately defrauded the people of the state by not developing or pursuing existing supply options to force approval and reliance on a private pipeline to further their business interests at the cost of the consumer.

“Either alternative clearly violates your certificate of operation in the State of New York,” he added.