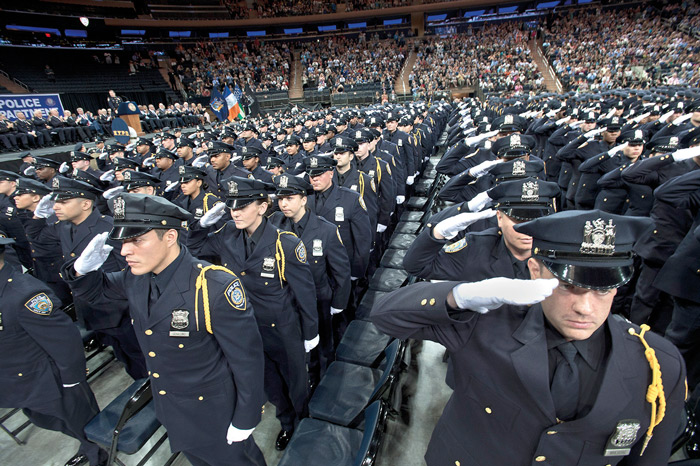 The financial plan also reflects the hiring of an additional 500 officers for the MTA Police Department.

The Metropolitan Transportation Authority on Thursday presented its final proposed 2020 budget and four-year financial plan. The proposed budget, the agency touted, includes no budget-driven service cuts and advances the Transformation Plan, the MTA’s first reorganization in half a century that is projected to deliver $1.6 billion in savings over the course of the financial plan.

Projected fare and toll increases remain below the rate of inflation, according to agency officials.

“We’re making great progress to achieve a balanced budget that will provide the essential funding to deliver improved service and reliability for our customers,” said MTA Chief Financial Officer Bob Foran. “Significant challenges remain but the MTA continues to find efficiencies and aggressively cut costs as we embark on an historic transformation.”

In the proposed 2020 budget, the MTA noted that it assumes a renegotiation of the paratransit contract with the City to provide for equitable cost sharing of the program. Since 1993, New York City Transit has assumed the City’s previous responsibility for providing paratransit service and prior to the NYCT takeover, NYC was responsible for 100 percent of the cost. Paratransit ridership has seen a six-fold increase to more than 159,000 registrants in 2019 from 25,000 registrants in 1994, according to agency figures.

Subsequently, the cost of the service has gone to $548.5 million in 2019 from $10.9 million in 1994. Under the current agreement, the City pays 33 percent of the deficit limited to no more than a 20-percent increase from the amount the City paid in the prior year. ‎Given these increases, the MTA is proposing an equitable sharing of paratransit costs. In many jurisdictions across New York, local governments cover the full amount of paratransit costs, including Nassau and Suffolk counties as well as localities across Metro-North’s territory. An equal share would reduce the cost to New York City Transit by more than $100 million annually. This arrangement is projected to save $361 million over the course of the four-year plan, according to MTA officials.

The financial plan also reflects the hiring of an additional 500 officers for the MTA Police Department. These officers will patrol across New York City Transit, Metro-North and the Long Island Railroad with a focus on ensuring the safety and security of our employees and eight million daily customers. Recently, there has been a 39-percent increase in worker assaults as reported by the Transport Workers Union, a more than 50-percent increase in hate crimes and a 10-percent increase in robberies.

The plan also includes a $40 million contribution from the Manhattan District Attorney’s Office for the aforementioned costs. Additionally, the plan assumes a conservative reduction in the loss of farebox revenue from fare evasion of $200 million over four years, along with reductions in overtime.

As expected, some expressed frustration with MTA math. The commuter advocacy organization, Riders Alliance, ripped the agency’s plan to spend hundreds of millions of dollars on new MTA Police instead of putting the money toward bus and subway service.

“Governor Cuomo should deliver more frequent and reliable public transit service, rather than spending $249 million the MTA doesn’t have on a new police force it doesn’t need,” said RA Policy & Communications Director Danny Pearlstein. “The governor should put the priorities of eight million riders a day first. New Yorkers are much more interested in getting to work and home on time than in hiring police when crime in the city and on transit is near record-lows. Subway crime is down and the MTA’s budget threatens service cuts. If the governor wants to put money into transit, he should cut the MTA’s operating deficit so it can run more buses and trains.”

The MTA Board is scheduled to vote on adoption of the Final Proposed Budget and Financial Plan at its December meeting.

The unveiling of the 2020 budget and financial plan comes two days after the agency announced the next several stations where OMNY, the new contactless fare payment system, will be available starting next month: Sutphin Blvd-Archer Av-JFK; Penn Station; Whitehall Street; South Ferry; 86 St–Bay Ridge; and St. George and Tompkinsville stations on the Staten Island Railway.

The OMNY system surpassed three million taps last week on Nov. 5, according to the MTA.